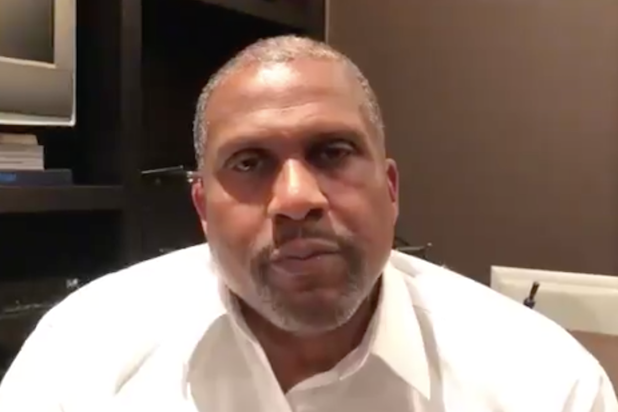 The news keeps getting worse for PBS host Tavis Smiley.

Just days after the network suspended him amid allegations of sexual misconduct Smiley was also dropped by Mills Entertainment, which had been promoting and producing his theatrical retelling of the life of Dr. Martin Luther King Jr. The production itself has also been suspended, per The New York Times.

The news was first reported by the Associated Press.

The production, “Death of a King: A Live Theatrical Experience,” would have taken Smiley to 40 different cities.

Meanwhile, Smiley has strenuously denied all the allegations against him.

“I have the utmost respect for all women and I certainly celebrate the courage of those women who have come forth of late to share their own truth, but let me also assure you that I have never groped, inappropriately exposed myself or coerced any colleague ever in my 30 year career,” he said in a defiant statement posted to Twitter on Thursday.

“It is clear that this has gone too far and I, for one, intend to fight back.”

Smiley was also given some cover from a surprising source the same day — Fox News. On her program, host Laura Ingraham said she believed his denial.

“I think he is telling the truth,” she said. “I know Tavis Smiley a little bit. I have known him, casual friend for like 20 years.” Ingraham has increasingly positioned herself against the rising tide of the #MeToo movement and defended Democrat Al Franken from his allegations as well.

PBS, however responded with their own statement Thursday, standing by their decision to bench the longtime network staple.

“Following receipt of a complaint, PBS hired an independent law firm to conduct an investigation and we stand by its integrity,” a network spokesperson said. “The totality of the investigation, which included Mr. Smiley, revealed a pattern of multiple relationships with subordinates over many years, and other conduct inconsistent with the values and standards of PBS.”