That would be ‘Twilight’ star Taylor Lautner playing the lead in ‘Stretch Armstrong,’ which Universal  is pushing to 2012 to turn it into a major 3D action hero blockbuster. 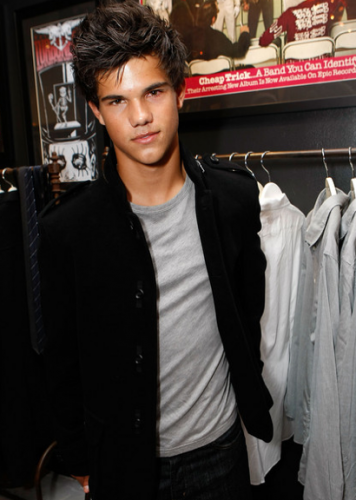 We told you that Hollywood has the 3D bug. Just two days Warner Brothers moved ‘Clash of the Titans’ to turn that into a 3D project.

Meanwhile, the studio also announced that it had chosen Pete Berg to direct another big-budget adventure story, "Battleship," and moved its release to May 25, 2012.

“Universal has put all the elements in place to successfully launch two of our classic Hasbro brands on the big screen,” said Brian Goldner, President and CEO of Hasbro, Inc, in a news release.  “The addition of Taylor Lautner and the 3-D twist to Stretch Armstrong, in addition to giving Pete Berg and the filmmakers the extra time and resources to make Battleship an even bigger summer blockbuster, is sure to pay dividends when the film is released in 2012.”

The choice of Lautner will certainly make  the Twilight blogosphere giddy.

“In the past two years, Taylor has emerged as a real star at the global box office. He brings the perfect balance of energy and athleticism to the role of an unlikely super hero with a fantastic super power,” said Donna Langley, Universal’s head of production. “We couldn’t be more pleased that he has agreed to be our Stretch.”

The movie is being moved to 2012 to fit Lautner’s schedule, and to prep the project as a 3D extravaganza.

Producer Brian Grazer (A BeautifuStretch," based on a Hasbro figure who was popular in the 1970s. l Mind, 8 Mile, American Gangster) will team with Hasbro to bring Stretch Armstrong to life. Steve Oedekerk (Bruce Almighty) has written the screenplay, and Hasbro’s Goldner and Schneir also produce. No director has been chosen.