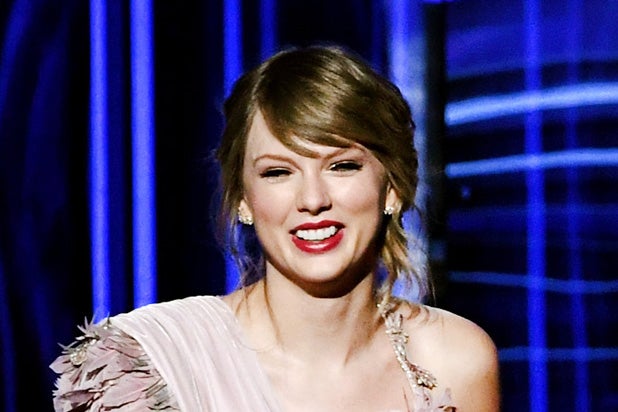 Looks like Taylor Swift is diving feet-first into the democratic process.

After recently breaking her silence on her political views, “Shake it Off” singer Swift took to Instagram on Wednesday, to urge her 112 million followers to look into early voting.

Swift punctuated her message with a photo of (presumably hers) toenails, painted red, white and blue.

“Something I wish I knew about when I was 18 and voting for the first time: EARLY VOTING,” Swift wrote. “It makes it so quick and easy to go and cast your vote before November 6.”

“Early voting starts TODAY in Tennessee,” Swift added. “You can check out your state’s early voting dates at the link in my bio.”

Swift, who traditionally has not been vocal about her political beliefs, took to Twitter earlier this month to make her views known.

“I believe in the fight for LGBTQ rights, and that any form of discrimination based on sexual orientation or gender is WRONG,” she wrote. “I believe that the systemic racism we still see in this country towards people of color is terrifying, sickening and prevalent.”

Swift said that although she would like to continue supporting female politicians, she cannot support the re-election of Republican U.S. Rep. Marsha Blackburn. She said Blackburn’s voting record “appalls and terrifies” her.

“She voted against the Reauthorization of the Violence Against Women Act, which attempts to protect women from domestic violence, stalking, and date rape. She believes businesses have a right to refuse service to gay couples. She also believes they should not have the right to marry. These are not MY Tennessee values,” Swift wrote.

Instead, Swift said she will vote for Democrats Phil Bredesen for U.S. Senate and Jim Cooper for the U.S. House of Representatives.

The singer followed up by urging her fans to vote while accepting Artist of the Year honors at this year’s American Music Awards.

Something I wish I knew about when I was 18 and voting for the first time: ✨EARLY VOTING✨. It makes it so quick and easy to go and cast your vote before November 6. Early voting starts TODAY in Tennessee and goes to Nov 1 ???????? You can check out your state’s early voting dates at the link in my bio