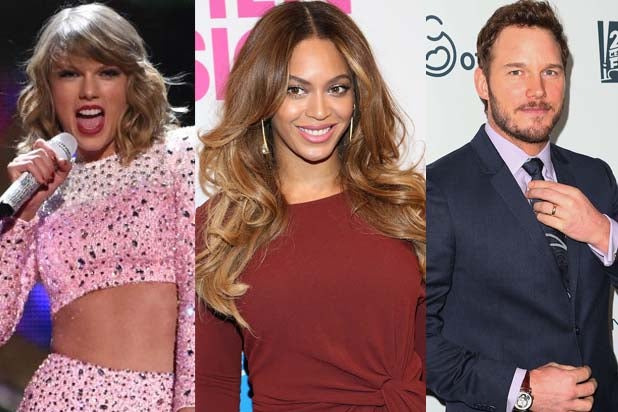 Taylor Swift has arguably been the most successful music star of the year, and she’s also the most charitable.

DoSomething.org‘s annual Celebs Gone Good ranking has declared the “1989” singer to be the kindest of all since she donated all proceeds from the sale of her single “Welcome to New York” to New York City Public Schools. It’s Swift’s third year taking top honors.

“Orange Is the New Black” star Laverne Cox beat out Beyoncé to come in second because the LGBT advocate sparked a national conversation about the transgender movement.

Meanwhile, Beyoncé placed third owing to her efforts in the realm of feminism, as well as her #BeyGOOD campaign, which helps people find work, restocks clothing donation centers and provides counseling, housing, food and medical assistance to the homeless.

Chris Pratt, one of the biggest breakout movie stars of 2014, rounded out the top 10 thank for dressing up as his “Guardians of the Galaxy” character, Star-Lord, and visiting sick children in hospitals.