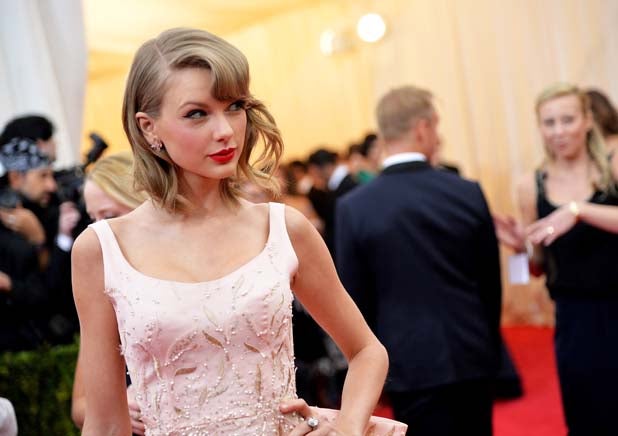 On Sunday, Taylor Swift‘s blank space will be filled with a big new honor.

The “1989” singer will receive the inaugural “Dick Clark Award for Excellence,” after she opens the 42nd annual American Music Awards at Nokia Theatre LA Live.

Named for the legendary broadcaster and producer, the award will be “given to an artist who achieves a groundbreaking feat or creates a landmark work,” according to show’s producers.

Citing her impressive achievement of being the only artist in chart history to have three consecutive albums break first week sales of 1 million units, the prize is “bestowed upon someone whose spirit and excellence capture the visionary passion that Dick Clark himself incorporated into everything he did.”

Clark died in 2012 at age 81 due to surgical complications. His wife, Kari Clark, will be on hand to present the trophy to Swift.

“The first time Dick saw Taylor perform, he knew she was something special,” Kari said in a statement. “He would be thrilled to know she is the first artist to receive the Dick Clark Award for Excellence.”

Before they hit the stage at the American Music Awards, stars like Justin Bieber, Taylor Swift and Pink hit the red carpet at L.A. Live

Will.i.am of the Black-Eyed Peas  is ready to punch it up -- and scream and shout.
View In Gallery