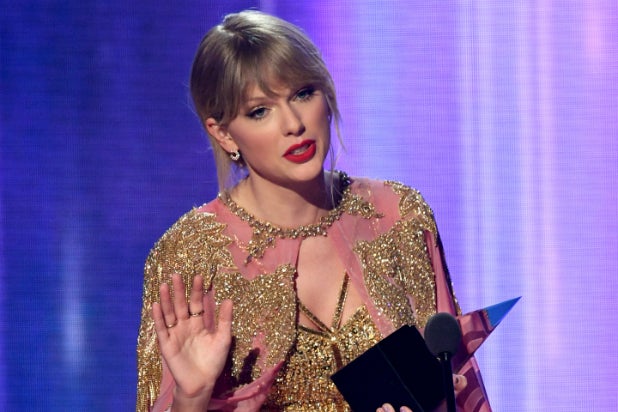 Taylor Swift, who has only recently begun to speak out on political issues, posted a scathing response Friday to President Donald Trump’s tweet about the Minneapolis protests in which he vowed to send the military to Minnesota.

“After stoking the fires of white supremacy and racism your entire presidency, you have the nerve to feign moral superiority before threatening violence? ‘When the looting starts the shooting starts’??? We will vote you out in November,” the musician tweeted, tagging the president.

After stoking the fires of white supremacy and racism your entire presidency, you have the nerve to feign moral superiority before threatening violence? ‘When the looting starts the shooting starts’??? We will vote you out in November. @realdonaldtrump

Taylor Swift was criticized for being apolitical during the 2016 election and shied from public view for a period afterward, reemerging to throw her support behind Tennesseean Democratic candidates in the 2018 midterms.

Her decision to speak out politically was chronicled in her Netflix documentary from earlier this year, “Miss Americana.” In the film, she fought with her father, who warned that speaking against Republicans could alienate fans.

Her publicist, too, warned her that speaking up could cause Trump himself to come after her.

Citing its “rules about glorifying violence,” on Friday morning Twitter placed a content warning on the angry tweet by Trump that appeared to threaten the use of violence against demonstrators in Minneapolis.

….These THUGS are dishonoring the memory of George Floyd, and I won’t let that happen. Just spoke to Governor Tim Walz and told him that the Military is with him all the way. Any difficulty and we will assume control but, when the looting starts, the shooting starts. Thank you!

Trump’s tweet was part of his criticism of local leadership, which began overnight as unrest in Minneapolis continued for a third day after George Floyd, a black man, was killed by a white police officer. The officer and three colleagues were fired, but none have been charged with a crime, leading to violent protests in Minneapolis.