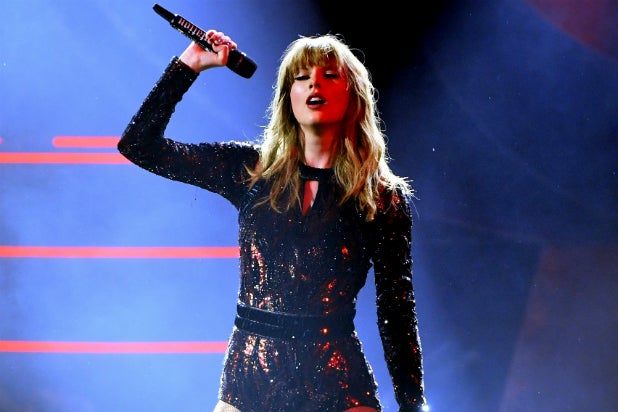 Taylor Swift’s political streak has continued with yet another Instagram post encouraging her fans to vote for Democrats in the upcoming midterm election.

“These two Tennessee women voted for the candidate who has proven himself to be reasonable and trustworthy,” Swift wrote in a post accompanying a photo of herself and her mother posing with a sign for Tennesse Democrat Phil Bredesen. “We want leadership, not fear-based extremism. Early voting goes til Thursday and Election Day is November 6. Please don’t sit this one out.”

Swift broke her long-standing political silence earlier this month in a lengthy post declaring her support for Democratic political candidates and encouraging her followers to become more politically active.

“Please, please educate yourself on the candidates running in your state and vote based on who most closely represents your values,” she wrote. “For a lot of us, we may never find a candidate or party with whom we agree 100% on every issue, but we have to vote anyway.”

According to the nonprofit Vote.org, voter registration across the country spiked by 65,000 people in the 24-hour period following Swift’s post.

“I always have and always will cast my vote based on which candidate will protect and fight for the human rights I believe we all deserve in this country,” Swift said. “I believe in the fight for LGBTQ rights, and that any form of discrimination based on sexual orientation or gender is WRONG.”

⬆️These two Tennessee women⬆️ voted for the candidate who has proven himself to be reasonable and trustworthy. We want leadership, not fear-based extremism. Early voting goes til Thursday and Election Day is November 6. Please don’t sit this one out.