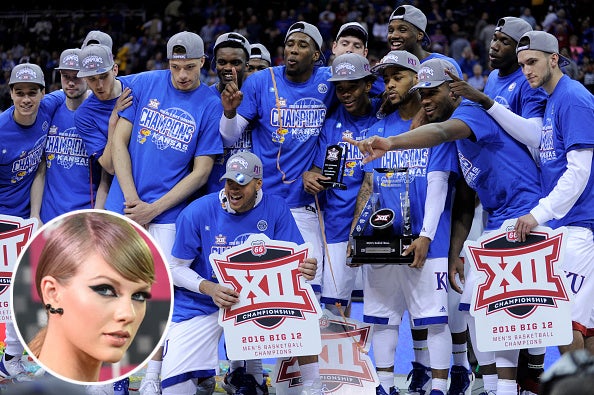 Whether you are an avid sports fan or just out to win the office pool by picking the cutest mascot, it’s that time of year when all eyes turn to college basketball.

March Madness officially tips off at 9 a.m. PT on Thursday.

President Obama already filled out his final NCAA Tournament Men’s bracket while in office. The avid basketball fan picked the University of North Carolina and Kansas in the championship game, and his Final Four also included Texas A&M and Michigan State.

While stars across the entertainment and sports worlds have shared their own brackets on social media, college basketball fans have also made their top music picks.

According to data from StubHub, college basketball fans prefer country music to any other genre, with Taylor Swift, Luke Bryan, Kenny Chesney and Garth Brooks dominating the list.

Swift is also the most-represented overall artist and the only woman in the mix, which includes legends such as the Rolling Stones, U2 and Billy Joel.

This data is based on the following question asked by the ticket exchange site: “If you bought a specific college basketball team’s ticket on StubHub for this past regular season, what other concert ticket purchase have you made this year?”

See the full list below (ranked by highest correlation):