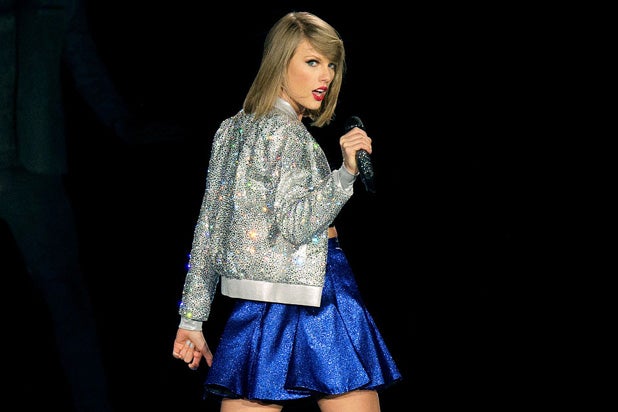 Taylor Swift is putting her money where her mouth is.

After emerging victorious in a trial over whether radio DJ David Mueller groped her rear-end during a 2013 meet-and-greet at Pepsi Center in Denver, the “Shake It Off” singer has made an “extremely generous” donation to “Law & Order: SVU” star Mariska Hargitay’s Joyful Heart Donation, an organization dedicated to tackling the issue of sexual assault.

The foundation’s CEO, Maile M. Zambuto, told the Huffington Post that Swift is making an “extremely generous financial investment in the movement to end sexual violence,” which will benefit the foundation’s healing program’s educational work and advocacy efforts, including the elimination of America’s rape-kit backlog.

Hargitay launched the foundation, which she described as is “a national organization with the mission to transform society’s response to sexual assault, domestic violence and child abuse,” in 2004.

Zambuto said the funds will go toward three of the foundation’s main initiatives: healing programs, educational work and advocacy work ― the latter of which focuses on the elimination of the U.S.’s rape kit backlog.

Swift was initially sued in September 2015 by Mueller, who alleged that he was wrongfully fired after being accused of groping the singer during the meet-and-greet at Swift’s concert at Denver’s Pepsi Center in June 2013. The radio personality, who goes by the professional name “Jackson,” has adamantly denied the accusation, though Swift has testified: “It was not an accident. It was completely intentional, and I have never been so sure of anything in my life.”

Last week, a Colorado judge tossed Mueller’s claims against Swift, a victory that was followed on Monday by a jury finding in Swift’s favor in her claims against Mueller. The singer had sought a symbolic award of $1.

After Monday’s legal win, Swift issued a statement saying that she would be donating to “multiple organizations” that are dedicated to helping sexual assault victims.

“I acknowledge the privilege that I benefit from in life, in society and in my ability to shoulder the enormous cost of defending myself in a trial like this,” Swift said. “My hope is to help those whose voices should also be heard. Therefore, I will be making donations in the near future to multiple organizations that help sexual assault victims defend themselves.”