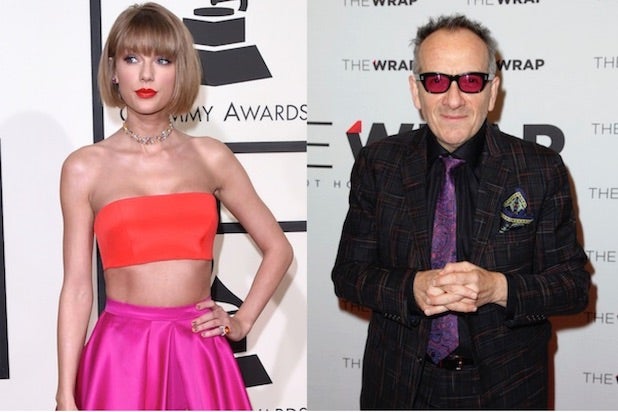 Swift is represented by “I Don’t Wanna Live Forever” from “Fifty Shades Darker”; Blige by “Mighty River” from “Mudbound,” in which she also stars; Costello by “You Shouldn’t Look at Me That Way” from “Film Stars Don’t Die in Liverpool”; Questlove by “It Ain’t Fair” from “Detroit”; Jonas by “Home” from “Ferdinand”; Carey by “The Star” from the animated film of the same name; and Pasek and Paul by “This Is Me” from their musical “The Greatest Showman.”

Also on the list of 70 eligible songs, which was released on Monday by the Academy: Alan Menken, who has won more Oscars (eight) than any living person for his songs and scores to Disney musicals in the 1980s and ’90s, with two new songs from the live-action version of “Beauty and the Beast”; Diane Warren, who in collaboration with past winner Common will be looking for her ninth nomination and first win for “Stand Up for Something” from “Marshall”; indie icon Sufjan Stevens, who wrote two songs for “Call Me by Your Name”; the youngest-ever EGOT winner, Robert Lopez, who along with his wife Kristen Anderson-Lopez will be in the running for “Remember Me” from “Coco,” their first song since the massive Oscar-winning hit “Let It Go” from “Frozen”; OneRepublic frontman Ryan Tedder and veteran producer T Bone Burnett, who co-wrote a song from “An Inconvenient Sequel”; and punk legend Iggy Pop, who collaborated with Oneohtrix Point Never for the moody song “The Pure and the Damned” from “Good Time.”

Even pop satirist “Weird Al” Yankovic is in the mix with the theme song to “Captain Underpants.” So is director-actor Kenneth Branagh, who wrote the lyrics to “Never Forget,” the end title song to his film “Murder on the Orient Express.”

The 70 eligible songs are significantly fewer than last year’s record total of 91 songs.

Members of the Academy’s Music Branch will receive a DVD containing three-minute clips featuring all the eligible songs as they are used in their films, and will vote for their five favorites from Jan. 5-12.

The nominees will be announced on Jan. 23.

“U.N.I (You And I)” from “And the Winner Isn’t”
“Love And Lies” from “Band Aid”
“If I Dare” from “Battle of the Sexes”
“Evermore” from “Beauty and the Beast”
“How Does A Moment Last Forever” from “Beauty and the Beast”
“Now Or Never” from “Bloodline: Now or Never”
“She” from “Bombshell: The Hedy Lamarr Story”
“Your Hand I Will Never Let It Go” from “The Book of Henry”
“Buddy’s Business” from “Brawl in Cell Block 99”
“The Crown Sleeps” from “The Breadwinner”
“World Gone Mad” from “Bright”
“Mystery Of Love” from “Call Me by Your Name”
“Visions Of Gideon” from “Call Me by Your Name”
“Captain Underpants Theme Song” from “Captain Underpants The First Epic Movie”
“Ride” from “Cars 3”
“Run That Race” from “Cars 3”
“Tell Me How Long” from “Chasing Coral”
“Broken Wings” from “City of Ghosts”
“Remember Me” from “Coco”
“Prayers For This World” from “Cries from Syria”
“There’s Something Special” from “Despicable Me 3”
“It Ain’t Fair” from “Detroit”
“A Little Change In The Weather” from “Downsizing”
“Stars In My Eyes (Theme From Drawing Home)” from “Drawing Home”
“All In My Head” from “Elizabeth Blue”
“Dying For Ya” from “Elizabeth Blue”
“Green” from “Elizabeth Blue”
“Can’t Hold Out On Love” from “Father Figures”
“Home” from “Ferdinand”
“I Don’t Wanna Live Forever” from “Fifty Shades Darker”
“You Shouldn’t Look At Me That Way” from “Film Stars Don’t Die in Liverpool”
“This Is How You Walk On” from “Gifted”
“Summer Storm” from “The Glass Castle”
“The Pure And The Damned” from “Good Time”
“This Is Me” from “The Greatest Showman”
“The Hero” from “The Hero”
“How Shall A Sparrow Fly” from “Hostiles”
“Just Getting Started” from “If You’re Not in the Obit, Eat Breakfast”
“Truth To Power” from “An Inconvenient Sequel: Truth to Power”
“Next Stop, The Stars” from “Kepler’s Dream”
“The Devil & The Huntsman” from “King Arthur: Legend of the Sword”
“Have You Ever Wondered” from “Lake of Fire”
“I’ll Be Gone” from “Lake of Fire”
“We’ll Party All Night” from “Lake of Fire”
“Friends Are Family” from “The Lego Batman Movie”
“Found My Place” from “The Lego Ninjago Movie”
“Stand Up For Something” from “Marshall”
“Rain” from “Mary and the Witch’s Flower”
“Myron/Byron” from “The Meyerowitz Stories (New and Selected)”
“Longing For Summer” from “Moomins and the Winter Wonderland”
“Mighty River” from “Mudbound”
“Never Forget” from “Murder on the Orient Express”
“Hold The Light” from “Only the Brave”
“PBNJ” from “Patti Cake$”
“Tuff Love (Finale)” from “Patti Cake$”
“Lost Souls” from “The Pirates of Somalia”
“How A Heart Unbreaks” from “Pitch Perfect 3”
“The Promise” from “The Promise”
“Kaadanayum Kaalchilambe” from “Pulimurugan”
“Maanathe Maarikurumbe” from “Pulimurugan”
“Stubborn Angel” from “Same Kind of Different as Me”
“Dancing Through The Wreckage” from “Served Like a Girl”
“Keep Your Eyes On Me” from “The Shack”
“On The Music Goes” from “Slipaway”
“The Star” from “The Star”
“Jump” from “Step”
“Tickling Giants” from “Tickling Giants”
“Fly Away” from “Trafficked”
“Speak To Me” from “Voice from the Stone”
“Walk On Faith” from “Year by the Sea”