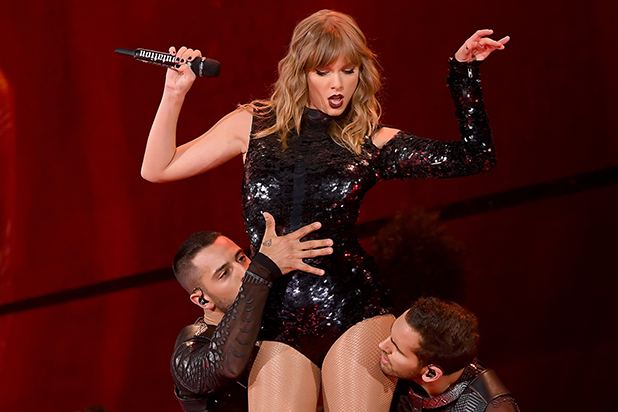 The singer will sing “I Did Something Bad” off her latest album “reputation,” and the performance will mark the first time Swift has performed at an awards show in almost three years.

The 19-time AMA winner is nominated four times this year, including for Artist of the Year.

.@taylorswift13 will OPEN the #AMAs with her first awards show performance in almost 3 YEARS…

…and she's performing "I Did Something Bad." ONE WEEK at 8/7c on ABC. #TaylorSwiftAMAs pic.twitter.com/qi4Dq9V7RT

Swifties are excited to see a fan favorite performance from her “reputation” tour performed live. See some reaction below.

I DONT IVE EVER BEEN MORE EXCITED FOR AN AWARD SHOW PERFORMANCE @taylorswift13 @taylornation13 #TaylorSwiftAMAs pic.twitter.com/ywcWrZTOF4

she’s gonna sing “if a man talks shit then i owe him nothing” on national television #TaylorSwiftAMAs pic.twitter.com/29Qyb8leYH

“Hey do you have plans next Tuesday?”
“Taylor Swift is opening the AMAs with what is sure to be the most iconic performance of any award show in the history of time, so yes I HAVE PLANS” #TaylorSwiftAMAs

The AMAs will broadcast live from the Microsoft Theater in Los Angeles on Oct. 9 at 8 p.m. on ABC.