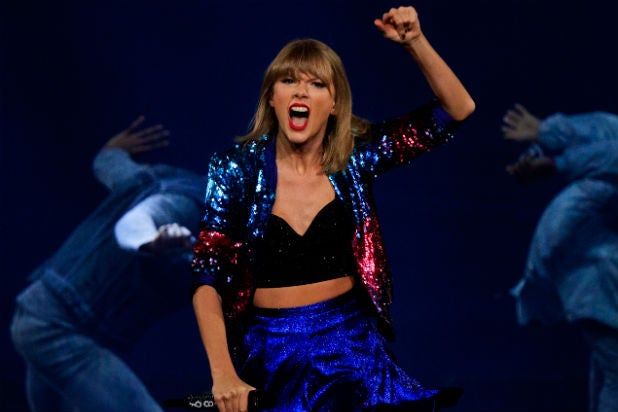 On Thursday, the “Blank Space” singer announced her music would return to all streaming platforms including Spotify and Pandora. According to a statement released on social media, it’s to celebrate the success of her most recent album, “1989.”

Swift’s return to streaming is an interesting one, given that she previously declined to offer her “1989” album on streaming platforms when it was released, and went on to pull the rest of her catalog from those services as well.

Also Read: Katy Perry Finally Confirms Taylor Swift Feud: 'She Started It and It's Time For Her to Finish It'

However, TIDAL released much of Swift’s music catalog when it first launched in March 2015. The following June, Swift penned an open letter to Apple, explaining that she would withhold “1989” from Apple’s upcoming service in protest of its decision not to pay royalties for music streamed during its three-month free trial period. Later that day, Apple responded to Swift’s concerns and agreed to reverse its policy of not paying artists for their content. She then confirmed that “1989” would stream on Apple Music and went on to release exclusive content via Apple Music and star in multiple commercials.

Perry’s album, “Witness,” launched at midnight on Friday as well, coincidentally or not. Rumors that Swift and Perry are feuding were confirmed by Perry last month. During her appearance on James Corden’s “Carpool Karaoke,” the singer said “honestly, it’s really like, she started it and it’s time for her to finish it.”

During an interview with Rolling Stone in 2014, Swift explained that her hit “Bad Blood” was about another female artist: “For years, I was never sure if we were friends or not. She would come up to me at awards shows and say something and walk away, and I would think, ‘Are we friends, or did she just give me the harshest insult of my life?'”

Swift then claimed that this artist “did something so horrible. I was like, ‘Oh, we’re just straight-up enemies.’ And it wasn’t even about a guy! It had to do with business. She basically tried to sabotage an entire arena tour. She tried to hire a bunch of people out from under me. And I’m surprisingly non-confrontational — you would not believe how much I hate conflict. So now I have to avoid her. It’s awkward, and I don’t like it.”