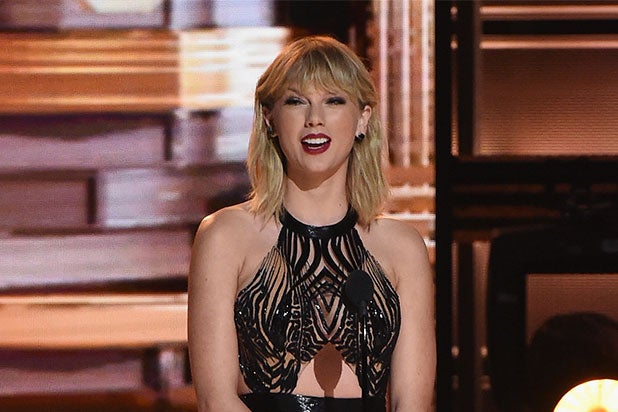 When Taylor Swift couldn’t attend a fan’s graduation party, she sent a beautiful bouquet of flowers and a handwritten card instead.

“I’m so sad I can’t make it to your graduation party!” Swift wrote. “I’m so proud of you, your hard work and dedication, your excitement and ambition. I’m very lucky that a girl like you cares about me.”

On the other side of the card, Swift drew a little picture of Ashley in New York with “It’s been waiting for you” written in the sky. That lyric is, of course, from her hit song, “Welcome to New York.”

Also Read: Taylor Swift Has No Other 2017 Shows Planned After Pre-Super Bowl Concert

And Ashley could not contain her excitement, tweeting “I INVITED TAYLOR TO MY GRADUATION PARTY AND SHE SENT ME FLOWERS AND THIS CARD. I LOVE YOU HONEY.”

I INVITED TAYLOR TO MY GRADUATION PARTY AND SHE SENT ME FLOWERS AND THIS CARD ???????????? I LOVE YOU HONEY @taylorswift13 pic.twitter.com/8qQ6gTNeyP

Swift is known for sending heartfelt gifts to her fans. Three years ago, she wrapped Christmas presents for her fans and had them delivered.

Last summer, she crashed a fan’s wedding after she had received a handwritten letter from the bride-to-be’s sister. The “Bad Blood” singer also sent a bouquet to “America’s Got Talent” winner Grace VanderWaal last September.