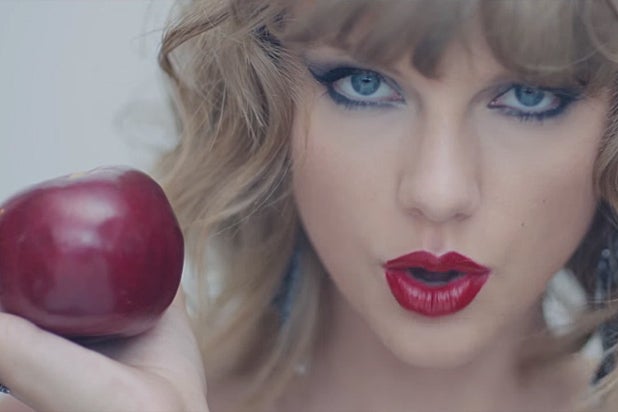 “Swift’s letter and Apple’s response is mostly . Nothing here to suggest Apple treats artists more fairly than anyone else,” Conrad said on Twitter. “There is too much animus between artists & Silicon Valley. We shouldn’t herald this move as progress. It’s status quo.”

The streaming company co-creator was referring to Apple caving to Swift’s demand that it pay artists for song plays during subscribers’ free three-month trial periods.

“Spotify, YouTube, Pandora and others all pay artists for their free tiers and trials. It’s the right thing to do,” Conrad said. “Swift took her new album off Spotify not because she’s not paid, but because she feels their free service ‘devalues music.’

“Swift never pulled from YouTube which is the most popular free service and certainly devalues music if Spotify does,” he continued. “Swift’s career was built on terrestrial radio play, which is a free service AND doesn’t pay recording artists a dime.”

8/ My point is this: there is too much animus between artists & Silicon Valley. We shouldn’t herald this move as progress. It’s status quo.

The Swift-Apple standoff happened over a 17-hour period with the songstress posting an open letter to Apple on her Tumblr Sunday, saying her album “1989” won’t appear on the company’s new streaming service when it launches on June 30, because she disagrees with its business plan.

“I’m sure you are aware that Apple Music will be offering a free 3 month trial to anyone who signs up for the service,” Swift wrote. “I’m not sure you know that Apple Music will not be paying writers, producers, or artists for those three months. I find it to be shocking, disappointing, and completely unlike this historically progressive and generous company.”

Apple’s Senior Vice President of Internet Software and Services Eddy Cue responded the same day via Twitter, and said, “We hear you @taylorswift13 and indie artists. Love, Apple,” and “#AppleMusic will pay artist for streaming, even during customer’s free trial period.” Swift later tweeted that she was “elated” at the response.

I am elated and relieved. Thank you for your words of support today. They listened to us.