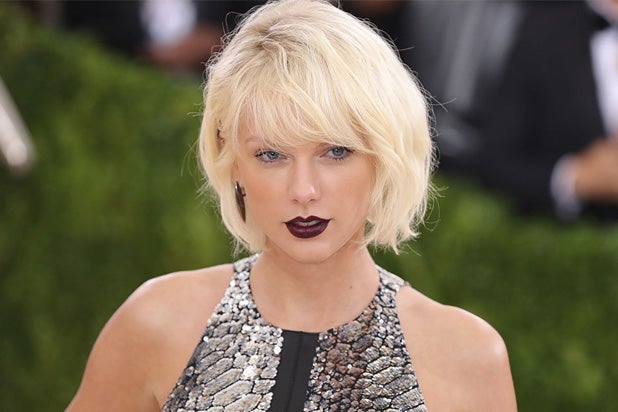 Taylor Swift is drawing a blank on social media — and depending on which Swiftie you ask, it’s either a cause for concern or a reason to celebrate.

Swifties rushed en masse to Twitter on Friday to register their thoughts after finding that the “Shake it Off” singer’s social-media accounts were bereft of posts, and that Swift’s official website offered only a black screen.

There was some panic, yes — but also hope that this signaled the impending emergence of new material from the singer.

“All Taylor Swift‘s social medias are like this,” one Twitter account dedicated to the singer wrote. “Is the new era coming or she has been hacked ??”

But as Friday morning wore on with no further updates on Swift’s social media forthcoming, concern turned to optimism as fans theorized that the silence was a mere cocoon from which a new Taylor Swift — or at least a new Taylor Swift song — would soon emerge.

Before long, the hashtag #TS6IsComing shot onto the Twitter trends chart, as Swifties theorized about a new release from the “1989” singer. (Should a new album emerge from the social-media silence, it would mark the sixth full-length release from the singer.)

“Guys she’s not hacked, she’s extremely strategic and knows what she’s doing this is intentional #TS6isComing,” wrote one fan.

“I love the smell of a new album announcement on the horizon #TS6IsComing,” another hopeful Swiftie tweeted.

“TAYLOR SWIFT IS F–KING COMING YALL I CAN HEAR IT IN THE SILENCE I CAN FEEL IT ON THE WAY HOME I CAN SEE IT WUTH [sic] THE LIGHTS OUT,” one particularly enthusiastic fan wrote.

“TAYLOR IS COMING TO SAVE US #TS6IsComing,” went another reply.

A spokesperson for Swift has not yet responded to TheWrap’s request for comment. However, should the singer announce the release of a new album — her first since 2014’s “1989” — it would cap a celebratory period for the singer.

On Monday, Swift emerged victorious from a trial over whether radio DJ David Mueller groped her rear-end during a 2013 meet-and-greet at Denver’s Pepsi center. Swift was granted the symbolic $1 award that she had sought in the case.

That verdict followed a Colorado judge’s decision late last week to toss out the claims made against Swift by Mueller, who claimed he was fired after being wrongfully accused of the groping.

On the 3 year anniversary of @taylorswift13 announcing ‘1989,’ she has deleted all her social media accounts and this is me. #TS6ISCOMING pic.twitter.com/EaxErhjBZg

All Taylor Swift‘s social medias are like this.
Is the new era coming or she has been hacked ?? pic.twitter.com/mgElp9n6El

Guys she’s not hacked, she’s extremely strategic and knows what she’s doing this is intentional #TS6isComing

OK GUYS THIS MEANS THAT IT ISN’T A HACK OR ANYTHING, TS6 IS RLLY COMING. HOLD UR WIGS. #TS6ISCOMING https://t.co/NaJQvxmiyl