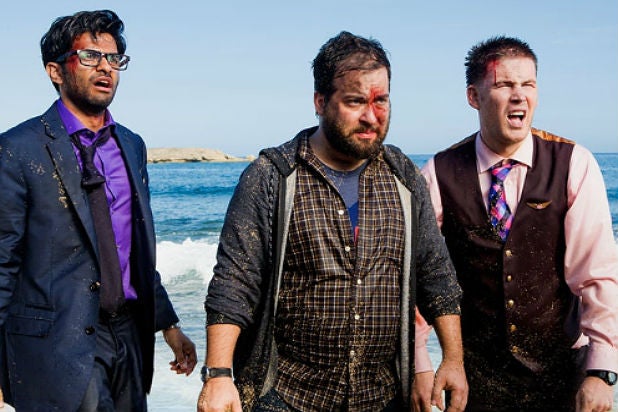 TBS has canceled “Wrecked” after three seasons. The comedy series was a parody of the ABC series “Lost,” centering on a group of survivors of a plane crash who are stranded on an island.

The half-hour sitcom’s third and final season ended in October, and the show was not renewed by the network for a fourth, TheWrap has confirmed via a spokesperson for TBS.

Created by Jordan and Justin Shipley, the show starred Zach Cregger as Owen, Asif Ali as Pack and Brian Sacca as Danny. Other cast included Ally Maki, Rhys Darby, Brooke Dillman, Ginger Gonzaga, Will Greenberg and Jessica Lowe, among others.

Also Read: If 'Miracle Workers' Gets Renewed, It's Going to Look a Whole Lot Different

“Wrecked” took several comedic jabs at “Lost”: Characters spontaneously exploded (like Dr. Arzt and the dynamite), a gorilla is shot in the jungle (like the polar bear) by a man who appears in the jungle out of nowhere (like the Others) and shows the plane-crash survivors his private compound with a computer room and a cage for detaining humans (like the Dharma Initiative). It also made nods to “The Hunger Games” and “The Most Dangerous Game,” the short story by Richard Connell.