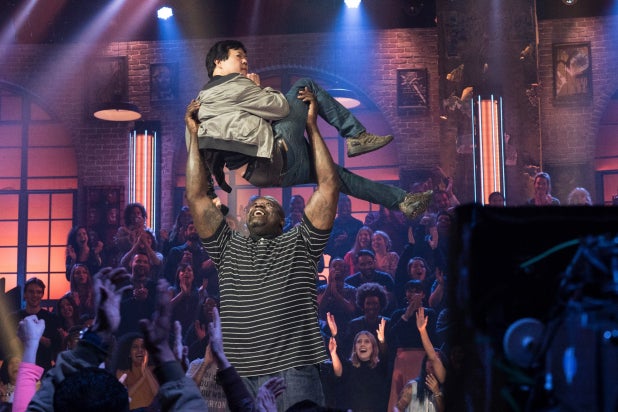 How’s this for an unlikely pairing: TBS has ordered a pilot for an unscripted series starring Shaquille O’Neal and Ken Jeong where the duo will take on odd jobs.

Summoned to their temporary employment by unsuspecting people via a digital portal, “Unqualified” (working title) will follow the antics of Shaq and Jeong as they try their hands at jobs that have always intrigued them, along with a few they’d rather avoid. Sometimes Shaq and Jeong will have no clue what they’re walking into. Utilizing their wide range of talent and hustle, the duo will perform tasks such as patrolling malls as rent-a-cops, substitute teaching kindergarten, train conducting and performing as party clowns.

Earlier this year, the two had a well-received performance on TBS’ “Drop the Mic.”

“These guys made magic on ‘Drop The Mic’ together. Their chemistry is undeniable.” said Michael Bloom, senior VP of unscripted and specials for TBS and TNT. “And no doubt that magic will extend to the unwitting people who expect anything to get done when they show up.”