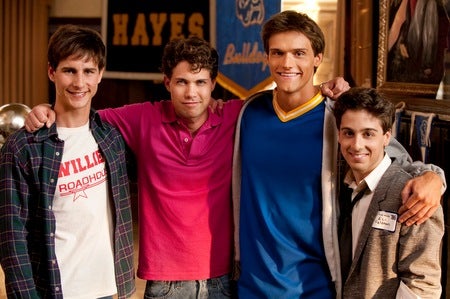 It centers on a group of friends trying to navigate college life in 1980s Wisconsin.

Michael Wright, executive VP and head of programming, for TBS, TNT and Turner Classic Movies, said in a statement, “The time is right for this feel-good, funny and fresh take on college life in the ‘80s.”

Wright in a statement called the show “a hugely entertaining, smart and funny take on the legal procedural.”

Meyer is Franklin and Gosselaar is Bash, the show’s young lawyers who don’t play by the rules, who are hired by a traditional, button-down law firm. Malcolm McDowell plays the patriarch of the law firm. Also featured are Dana Davis, Kumail Nanjiani, Reed Diamond and Garcelle Beauvais.