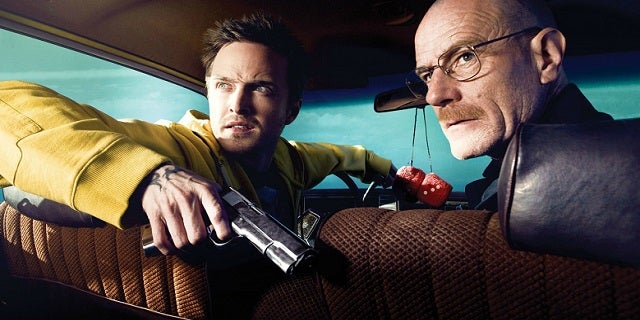 Of course not. (Unless, of course, the show has really been leading viewers down the wrong path for the past five seasons.)

But series star Bryan Cranston — who plays chemistry teacher-turned-meth baron White on the show — jokingly suggested as much during the Television Critics Assn. press tour in Beverly Hills on Friday.

"Walt has a large reservoir of good to be shared with everyone else, and he spreads his joy throughout the last eight episodes," Cranston teased the assembled journalists in the room. "I think everybody will be satisfied with the ending, where we hugged it out. Where all is forgiven…"

The panel, which was attended by Cranston, Aaron Paul, Anna Gunn, Betsy Brandt, R.J. Mitte, Bob Odenkirk and series creator Vince Gilligan, touched on wide range of subjects. Such as a two-hour behind-the-scenes feature that will be included with the box set of the series, and the continuing possibility of a spinoff featuring Odenkirk's Saul Goodman character. ("It is my fervent wish that there will be a Saul Goodman spinoff," Gilligan said.)

During the panel, the actors also discussed what  their characters' back stories might be. Cranston, clearly in a joking mood on Friday, offered his own thoughts on what White might have been up to before he began his path to becoming Heisenberg.

"I think the turning point for Walter White was July 4, 1978 in Coney Island, N.Y., when he actually entered the Nathan's hotdog eating contest and consumed 38 and a half hotdogs, and seriously considered going into the professional eating circuit as opposed to being a chemist."

"I assumed they knew," Cranston shot back. "It's so obvious."