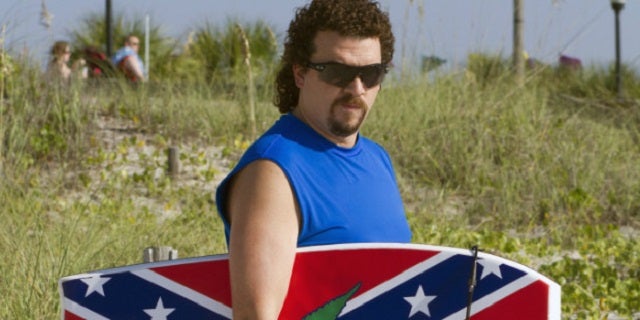 "They're taking a look at high school life — its a really great, funny, quintessentially Danny and Jody idea," Lombardo said, adding that it will, like "Eastbound & Down," be a half-hour show.

Lombardo and HBO CEO Richard Plepler discussed the decision not to go forward with the series for a fifth season. Lombardo said that "Danny and Jody want to do something new for us," adding that "Eastbound & Down" has "been a successful show creatively" and drew a satisfactory audience.

The series "delivered for us exactly what we hoped it was going to deliver," Plepler said.

Lombardo and Plepler also discussed the ill-fated horse-racing drama "Luck," which was canceled after the death of a number of horses during production, and the possiblity of Aaron Sorkin's "The Newsroom" being renewed for a third season.

Noting that HBO would be reluctant to take on another project where animals are featured so prominently, Lombardo said, "I think what we learned in that experience is that thoroughbreds are an exotic animal … lesson learned."

With regard to "The Newsroom," which is currently in its second season, Lombarrdo said he thinks the odds of a Season 3 renewal are "excellent."

"We're very happy with the show … . Honestly, the conversations we've had eith Aaron have been about scheduling."

Lombardo added that he "would be shocked" if a renewal announcement for "Newsroom" isn't issued soon.