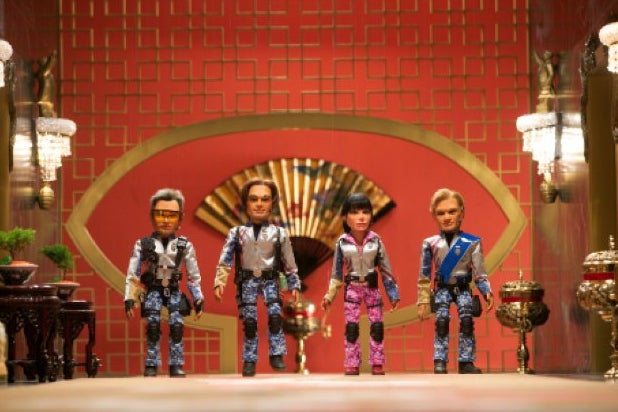 The Alamo Drafthouse was totally going to show “The Interview,” threats or no threats. But now that Sony Pictures has pulled its Seth Rogen-James Franco comedy completely, the Dallas theater is going with Plan B: a free screening of “Team America: World Police.”

The Texas movie house provided a pretty simple explanation for the substitution via Twitter: “Because AMERICA, F YEAH,” it wrote.

Sony yanked the Christmas release — and any possibilities of a future offering — of its newest comedy on Wednesday, after several major theater chains announced they would not carry the film. Those decisions were made after the hackers who broke into Sony’s computer systems made Sept. 11-style threats of violence against any place that ran the movie.

“The Interview,” which follows Rogen and Franco on a mission to assassinate North Korean leader Kim Jong-un, is the cited reasoning for the cyberattacks — which the U.S. government has officially assigned to North Korea.

The 2004 film “Team America: World Police,” from “South Park” creators Trey Parker and Matt Stone, sends marionettes to battle terrorists, including Kim Jong-un’s father, the now-late Kim Jong-il. At the end of the movie, Kim Jong-il is kicked off a balcony and impaled on a spiked helmet. It turns out he is actually an alien cockroach. Kim Jong-il escapes, vowing to return.

Here are the tweets:

FOR THE RECORD: We were still going to show #TheInterviewMovie…