Hey, Jeff Gaspin! You’ve just finalized your divorce from Conan O’Brien — what are you going to do next?

OK, so that’s not exactly how we phrased our first question to NBC U TV chairman Jeff Gaspin Thursday afternoon. But after all the drama of the past two weeks, Gaspin has to be a bit relieved to start putting the whole mess behind him. 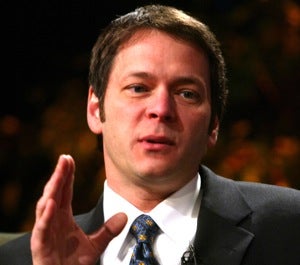 "I will be glad to get back to focusing on development and helping bring stability to NBC," Gaspin told TheWrap during a nine-minute phone chat. He was joined by NBC Entertainment co-chairman Marc Graboff.

Gaspin conceded that while the late-night messiness "has certainly taken some of our time and attention, we’ve spent most of the last six months focusing on bringing new hits to NBC."

Because NBC has many other pressing issues right now — rebuilding primetime, preparing to close a sale to Comcast — Gaspin indicated the network had sought a quick resolution to the matter.

"We had to move past this, clearly," he said.

But first, NBC had to hammer out a separation from O’Brien once it became clear he wasn’t willing to accept Gaspin’s 12:05 a.m. solution. (Read also WaxWord: How Long Before Jeff Zucker Goes?)

Broad outlines of an agreement were in place last week, insiders from both camps confirmed. So why so much drama this week? 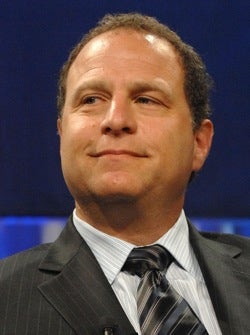 Graboff admitted what’s been clear for days: There was no love lost between NBC and O’Brien’s team, led by William Morris Endeavor and manager Gavin Polone.

"It was difficult because a lot of it was handled, unfortunately, in a very ugly and public manner," Graboff said. "So that raised the tension level unnecessarily."

Citing terms of the exit agreement with O’Brien, Graboff declined to discuss specifics of the deal.

It’s understood that, as TheWrap reported last Friday, O’Brien is getting around $30 million in direct compensation (the sum is now being pegged at closer to $32 million by various sources). Another $12 million will be paid in severance to show employees; O’Brien is diverting some monies owed him to help with extra severance for impacted staffers.

In addition to developing new hits, Gaspin’s immediate challenge will be refocusing viewer attention on things at NBC other than late-night — and restoring the Peacock brand.

"We still do have a lot of great elements that support the NBC brand, from Sunday Night Football to the Olympics," he said. "And in primetime we have great hit shows like ‘The Biggest Loser’ and ‘The Office’ and franchises like ‘Law & Order.’ Those are all parts of our brand as well. Because as much as we in the industry have been focused on the drama in late-night, we forget that for most of America, it’s not that an important a story."

Gaspin said the Olympics in particular "will do a lot to take people’s attention off of what’s going on in late-night."

As for Leno, Gaspin was careful not to predict an instant rebound to "The Tonight Show’s" ratings level before O’Brien took over and "The Jay Leno Show" severely weakened NBC’s primetime averages at 10 p.m.

"I think it will take some time for him to get back to where he was over a year ago, but I believe he will get there," Gaspin said of Leno.

"Jay has a huge following across the country," he added. "He continues to work very hard doing what made him a star in the first place, which is doing standup. And I think that people will welcome him back to 11:30, and I think he’ll be competitive.

"We’re going to be fine in late night."

NBC will air repeats of O’Brien’s "Tonight Show" next week. The New York Times reported that Conan repeats will continue until the Olympics, but NBC insiders said there’s still a chance episodes from  past "Tonight" hosts might be repeated.

Maybe it’s worth a call to the Carson estate to talk about licensing the best of Johnny for a couple weeks.