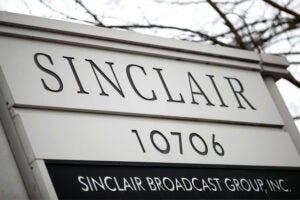 ”Coming into the 2016 election, there was still a sense that tech could act as a bit of a neutral platform…We’ve seen that illusion get shattered a bit,“ Alex Kantrowitz says

How has the tech world changed with President Trump in the White House?

With the 2020 election as a backdrop, it’s worth diving into how tech companies both big and small operate differently than they did four years ago. For one, tech companies have shown more willingness to take hard political stances — a development that likely isn’t going to fade anytime soon. Big Technology’s Alex Kantrowitz joined TheWrap for another episode of Tech Talk this week to weigh in on this very topic. Fittingly, Kantrowitz will have a full story on how Trump has altered Silicon Valley hitting his newsletter Big Technology later this week.

There was plenty more discussed on this week’s episode, too, including why major journalists are flocking to Substack, the popular subscription newsletter service, as well as the federal government’s antitrust case against Google — plus Kantrowitz shared which tech giant could be facing its own regulatory crackdown soon. But first, here’s a part of our conversation on how the tech world has changed.

Sean Burch: We’re recording on Election Day, so it seems fitting to look back at the last four years and see how the tech world has changed during Trump’s presidency. Are there any changes in particular that stand out compared to a few years ago?

Alex Kantrowitz: I think coming into the 2016 election, there was still a sense that tech could act as a bit of a neutral platform. That it didn’t really have to take a side politically. And I think over the past four years, we’ve seen that illusion get shattered a bit. We’ve seen Facebook become very adept at maneuvering politically. Same with Twitter. Even companies like Etsy have removed QAnon merch. The Ravelry, which is an [online] knitting group, just banned patterns that had Trump on them.

Then you look at employee engagement. There have been some companies, like Google for instance, where its employees ended up rising up and saying we don’t want to work with the military. That’s a political choice. Then there have been other companies in Silicon Valley or the broader tech world who have said, “OK, if big companies like Google don’t want to provide technology to the military, we’ll do it.” So I do think you’re starting to see that everything is becoming political, and even the nonpolitical is political. For example, Coinbase.

That’s the one I wanted to bring up to you. That really sticks out.

[Coinbase’s] policy was: We’re not going to take any positions on politics as a company, outside of our core mission. I think that’s going to be Trump’s legacy on the tech world — that all tech is politics now. And that’s just something these companies are going to need to reckon with moving forward — whether he wins or not.

Coinbase came out and said we don’t want people talking about politics at work essentially. That stands out in comparison to all these other companies. It really shows how far we’ve come because it seems like a 180 shift.

Yes, with Coinbase, it’s interesting because there were employees who said to the CEO, Brian Armstrong: We want you to post-Black Lives Matter, and he waited on it. I spoke with Professor Daniel Kreiss about this, about how politics is now all morals. It used to be what is your decision on this economic standpoint or this [other political topic]. With Bill Clinton, it was, “It’s the economy, stupid.” And with Joe Biden and Trump it’s “a fight for the soul of the country.” When politics becomes your morality, now companies want to signal to people [and] people want to be aligned with companies that fit their morals. Even though Brian Armstrong is saying no politics, it’s certainly a political stance from Coinbase to say we’re not going to participate in this. That’s where they stand.

There is this discussion of how companies tweeting about politics are all doing virtue signaling, when there is some truth to that. How tweeting “Black Lives Matter” could be as much marketing as it is actually believing in the cause. And that’s an open discussion, but it’s definitely an interesting moment for these companies.