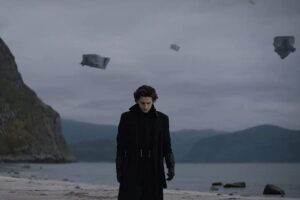 Did HBO Max Just Become the Best Bargain in Streaming?

Spotify is taking a run at Apple in a meaningful way, Big Technology’s Kantrowitz says

The podcast landscape changed dramatically this week with Joe Rogan taking his show exclusively to Spotify. The move, Alex Kantrowitz of the Big Technology newsletter said, represents both a brilliant strategic decision by Spotify and an indictment of Apple’s podcasting game plan. More importantly, it also signals a potential shift in the podcast economy overall, where exclusivity, rather than ubiquity, is king.

To be sure, Rogan’s move to Spotify has been planned for about six months, ever since Spotify dropped $100 million on his show. That deal came around the same time Spotify paid big bucks to acquire Bill Simmons’ The Ringer, as well as exclusive content from Kim Kardashian and Marvel. “The Joe Rogan Experience” will remain free on Spotify — at least for now — but listeners will have to have the app to listen to it.

In some ways, this bet mirrors Sirius XM bringing Howard Stern on board in 2006. By getting the biggest name in podcasting exclusively on its platform, Spotify is looking to drive listeners to its other podcasts, as well as its music library — much in the same way Sirius was betting Stern would drive subscribers and discovery. Another aspect — hitting back against Apple, the top dog in podcasting.

As TheWrap previously reported, Apple is responsible for 42.7% of all devices downloading podcasts, according to data shared by Chartable. For comparison, Spotify claims 19.9% of all unique podcast downloaders. In other words: Spotify has plenty of ground to make up to catch Apple — and Rogan is a key part of that push.

Kantrowitz and TheWrap’s Sean Burch dove into Rogan’s move to Spotify on this week’s episode of Tech Talk, as well as what it means for the future of the podcasting industry. Could we soon arrive at a place where listeners need a handful of apps to listen to their favorite podcasts, akin to how people need Netflix to watch “Stranger Things” and HBO Max to watch “Succession”? It’s certainly trending that way. The guys also weigh in on the recent battle between Coinbase and The New York Times, the erosion of trust between tech companies and the media, and the legacy of former Zappos founder Tony Hsieh, who passed away last week.

Here’s a taste of their Spotify talk — and be sure to watch the full conversation above.

Sean: Is the Rogan-Spotify deal a sign of the times and where we’re headed when it comes to podcasting — an emphasis on exclusivity and companies paying for content?

Alex: Absolutely. The reason we’re having this moment is because the company that should be the leader in podcasting, Apple, has largely neglected to maintain and improve its app. The Apple podcast app is, I think, one of the worst out there. And Lord help me, because I have my own podcast — the Big Technology podcast — and it is awful. It updates extremely slowly; you can put a show up and it can take hours for it to appear in-feed; the analytics, compared to Spotify, are terrible. It’s not good for creators. For users … discoverability isn’t good on the Apple podcast app. And we know there have been people who have been nipping at [Apple]; Overcast, Breaker, Stitcher, and of course, Spotify have made a concerted effort to say, “Hey, we want to be the place people listen to their podcasts.” All it takes is one half-decent app to wrestle that away from Apple.

A market share update: Apple tends to get about 60% of all podcast listens. That’s why when you share an app, you see so many people tweeting the Apple podcast link because that’s where people are going.

At the end of the day, Apple is just leaving this big void, and it’s perfectly poised for someone to jump in. What Spotify is doing with Rogan is saying, “Look, there are potentially millions of listeners — hundreds of thousands, at least — who listen to this show religiously. And by bringing Rogan exclusive, it will pull them in and maybe they’ll abandon the podcast app they use.” This is speculation, but for a lot of people, the Rogan podcast is the No. 1 podcast they listen to, and then they pick and choose between three and four after that. So Spotify is coming at the king here and saying, “Now we have exclusivity, we’re going to bring all these people into our app that weren’t there before, and take a run at Apple in a meaningful way.” I think it’s a smart strategy.

From a consumer standpoint, it seems like we might be moving away from the halcyon days of podcasting where they’re free, ad-supported and easy to get. How far away are we where you’ll need three or four apps to get your favorite podcasts — almost like with streaming, where you need to have Hulu to get “The Handmaid’s Tale” and Netflix to get “Stranger Things”?

Quite possibly we break into that. Because what Spotify is doing is initiating competition, and you’ll see others try to mimic the move if it works out for Spotify. I think it will work out well for Spotify. Not only that, there’s been a movement among podcasters — similar to the way there was a way among publishers the past few years — to put up paywalls and ask people to subscribe if they want to listen. As a podcaster myself, mine is free, ad-supported because I want to grow it. But at a certain point, you look at the economics of selling ads versus having paying subscribers.

The thing about podcasts is it’s a very intimate conversation between the podcaster and the listener, to the point where it becomes part of a routine. For instance, I would feel a real gaping hole in my life if I wasn’t able to listen to “The Daily” from The New York Times a couple times a week. And I’d almost sooner pay for that than a subscription to The New York Times. Right now, I subscribe to The Times and “The Daily” is free, but if I had to pick one, I don’t know what it would be.

I think we are definitely looking at a future where there are going to be apps that will have exclusive deals, like the Rogan one, and then you’ll also see more and more paid feeds. But ultimately it’s a great, booming moment for podcasts. This is the sign of a market maturing.