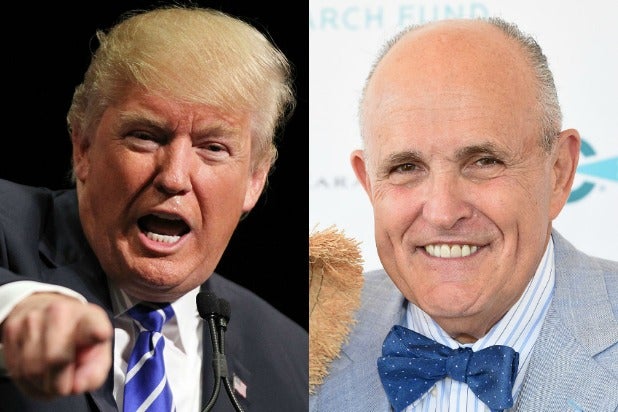 The former mayor said he’d met with Cruz a few months ago, before the Texas senator dissed his city during a January debate when he claimed Trump had “New York values” that didn’t align with the conservative Republican base.

Giuliani said Cruz’s use of the term to score political points rankled him.

But that could just be the straw that broke Giuliani’s back. The former New York City mayor, who unsuccessfully ran for president in 2008, has been informally advising Trump since February, according to The Washington Post.

Giuliani predicted that Trump could get as many as “70 to 80” of the state’s 95 delegates during New York’s primary contest on April 19,  giving him “a good shot” of reaching the 1,237 number needed to clinch the GOP nomination.

Trump’s campaign manager Corey Lewandowski made it clear just how big of a get this was, saying, “It’s an honor to have Rudy Giuliani supporting Mr. Trump in his campaign.”