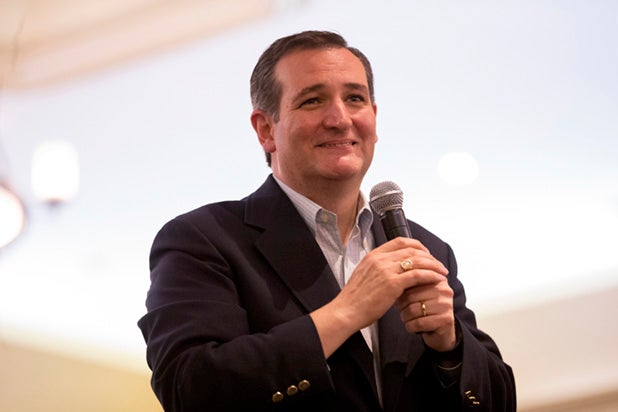 In addition, Cruz’s office argued that the state had “police-power interests” in “discouraging prurient interests in sexual gratification, combating the commercial sale of sex, and protecting minors.” Violators of the Texas law faced up to two years in prison if convicted.

Furthermore, Cruz’s office asserted, “There is no substantive-due-process right to stimulate one’s genitals for non-medical purposes unrelated to procreation or outside of an interpersonal relationship.”

So much for life, liberty and the pursuit of happiness.

The Appeals Court rejected the argument, in a 2-1 decision in 2008 citing the Supreme Court’s landmark 2003 decision, Lawrence v. Texas, that struck down another Texas law, against sodomy. Cruz flirted with challenging the ruling to the Supreme Court but ultimately let the matter drop.

Craig Mazin, Cruz’s former Princeton roommate and a frequent critic during the senator’s failed 2016 presidential bid, tweeted his surprise at Cruz’s attempt to legislate self-pleasure: “This would be a new belief of his.”

Ted Cruz thinks people don't have a right to "stimulate their genitals." I was his college roommate. This would be a new belief of his.

Cruz’s views have come under greater scrutiny after his official Twitter account on Monday liked a NSFW clip from @SexuallPosts that begins with a blonde mom walking in on two “teenagers,” um, expressing their love for one another.

Also Read: Alyssa Milano Shows Ted Cruz Who's the Boss by Denying Him a Hug

Early on Tuesday, Cruz senior communications adviser Catherine Frazier tweeted an inevitable explanation: “The offensive tweet posted on @tedcruz account earlier has been removed by staff and reported to Twitter.”

Naturally, Twitter didn’t let Cruz — a married father of two who joined Republicans last year in declaring pornography “a public health crisis that is destroying the life of millions” — off the hook for this.