Every day on Twitter, there is one main character. Texas Senator Ted Cruz really seems to like being it. On Tuesday, he drew backlash for criticizing a new CIA recruitment ad for its inclusivity — and seemingly implying that Jason Bourne was a real person.

On Sunday, one Twitter user posted the CIA’s latest recruitment video, pulling out quotes from the footage and mocking it. “I am a woman of color” and “I am intersectional” were among the quotes pulled out, before the person commented saying I think it’s safe to say the contemporary American left has failed.”

Cruz reposted the tweet with his own commentary, saying “If you’re a Chinese communist, or an Iranian Mullah, or Kim Jong Un…would this scare you? We’ve come a long way from Jason Bourne.” 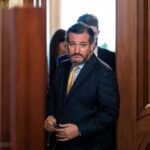 Once again, the backlash and ridicule of Cruz’s words was swift, with many making fun of the notion that Jason Bourne was a real person. (For those who aren’t necessarily big movie buffs, Jason Bourne is a fictional character played by Matt Damon in “The Bourne Identity” and its two sequels. He was betrayed by the CIA, and eventually ended up destroying the system that created him).

Commentator Keith Olbermann was among those who called out Cruz, tweeting “Hey, moron: ‘Jason Bourne’ is imaginary – like your conscience.”

Dave Jorgenson, also known as “the Washington Post TikTok guy” also poked fun at the Senator, saying that “Senator Cruz is one of those guys who sits with his back to the wall in a diner because he saw Jason Bourne do it and thinks movies are real.” 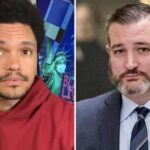 You can read more jabs at Cruz below.