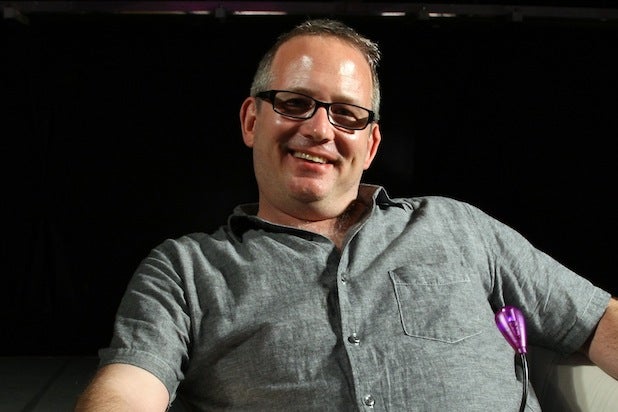 I have decided I am no longer going to produce films for my living. To do so requires me to deliver quantity over quality. Or to not contribute as fully as I like since I won’t be fairly compensated. Or to make something that is virtually guaranteed to not have the cultural impact it warrants. Those are three things that I am refusing to be part of.

When I resigned recently from running the San Francisco Film Society, I said I was going to produce films (among other things). But that is not what was driving me to resign. I would love to make one film a year, even two, but to depend on my livelihood to do so requires I work on about 25 films a year (developing, packaging, and financing), and all generally without any renumeration until the film gets made. The infrastructure for producing films of quality does not exist — even if you have done it across 70 films or so in the last 25 years.

Sure many folks are doing it, but when I look at what it takes doing things I no longer can tolerate. Don’t get me wrong, I admire all the indie producers I know. They impress me. Maybe they have more faith than me. I look at the way it works though, and I think it is antithetical to quality production. I don’t want to just get it made. I don’t want to even be tempted to work that way. I want the goal always to be the best film. And to pursue the best film means I won’t be able to earn a living producing films because it means I can not guarantee that I will produce two movies a year (and if you are working in NYC or LA — which you have to to produce at that level — you have to produce 2 movies a year to survive).

Producing two movies a year these days requires too many sacrifices. It requires accepting whom a financier wants, be it a director, an actor, or collaborator. It requires rushing development and selecting projects that can get made quickly. If you want to survive as a producer, when you get to do something for the money, you have to do it. It requires continual “fake meetings” in an effort to sleuth out every opportunity. It means facilitating alliances that I may have little respect for. It requires compromises that I am no longer willing to make.

What I think I do best (develop and edit) is the part I never get funded for. What I value most amongst my skill set, the industry expects me to give away for free. I may work several years on a script with a writer and/or director, getting it to a place that it can attract cast and financing. These days generally then a financier comes aboard and expects both an equal credit and fee to me or any developing producer. The funding producer knows that the lions’ share of the work ahead will still be done by the developing producer, but still expects equal compensation. There is no special credit in the US for those that develop material.

Most films that producers develop never get made. That hasn’t been true in my career, but it is true overall. As there are very few support mechanisms for producers during development, we are encouraged either to do little development or attach ourselves to projects that can quickly get made. The current ecosystem is not structured in a way that work gets better. The current infrastructure encourages concepts over depth. It is not a process that I want to encourage or participate in. Until I see it can change, I will seek to earn my living doing other things than just producing movies.

With the collapse of producer overhead deals, no producer (other than those that have accumulated or been provided with wealth) is permitted to pursue quality. Those overhead deals meant a great deal to us. The industry no longer truly values the well done or well told. If a film can not appeal to the widest markets you can now expect to not be fairly compensated. As a result, I am going to produce now exclusively for my passion — and thus be able to say no when I do not agree with what is asked of me.

Don’t get me wrong. I will produce movies. And hopefully a good number of them. Will I be able to do 70 over the next 25 years as I did for those 25 years that have now passed? Certainly not. This past year running the San Francisco Film Society cured me of my addiction. I have gone cold turkey and fled the treadmill. Yes, I was addicted to producing #IndieFilms. When I was living in NYC, I could not resist. I wanted to read your script. I wanted to take that meeting. I wanted to team up. Sorry, but fuck that. It is a waste of time and only feeds our Bizarro World. I don’t want to be part of it.

I want to make films that lift the world and our culture higher — and our current way of doing things does just the opposite.

I’m done. At least with the way it is now.

There’s already a lively discussion going on in the comments section on Ted’s home blog; if you’d like to leave a comment, he asks that you click over and do so there.

Ted Hope has produced over 50 films and co-founded both This Is That and Good Machine. His eye for talent is demonstrated by the feature directing careers he’s initiated, including Ang Lee’s, Hal Hartley’s, Nicole Holofcener’s, Todd Field’s, Michel Gondry’s and Bob Pulcini & Shari Berman’s. Three of his films have won the Grand Prize at Sundance. He blogs at TrulyFreeFilm.blogspot.com and co-founded the Indie Film review site HammerToNail.com.

Ted Hope has produced over 50 films and co-founded both This Is That and Good Machine. His eye for talent is demonstrated by the feature directing careers he’s initiated, including Ang Lee’s, Hal Hartley’s, Nicole Holofcener’s, Todd Field’s, Michel Gondry’s and Bob Pulcini & Shari Berman’s. Three of his films have won the Grand Prize at Sundance. He blogs at TrulyFreeFilm.blogspot.com and co-founded the Indie Film review site HammerToNail.com.