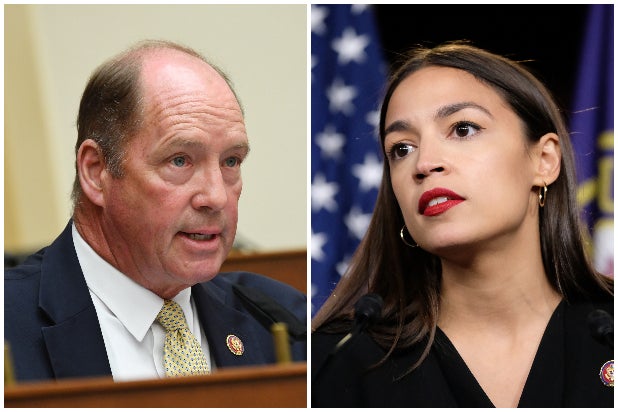 When Rep. Ted Yoho accosted Rep. Alexandria Ocasio-Cortez in July on the steps of the Capitol, the incident led the congressman to apologize for the “abrupt manner” of their encounter while the congresswoman went on to give a viral speech on the House floor condemning the sexism and misogyny that women face.

But in a Vanity Fair cover story published on Wednesday, Ocasio-Cortez shared new details about the aftermath of the heated encounter: The following day, according to Ocasio-Cortez, she confronted Yoho about his remarks, telling him, “You do that to me again, I won’t be so nice next time.”

Brian Kaveney, a spokesperson for Yoho, told TheWrap that Yoho never made that remark to Ocasio-Cortez. “This is the first I am hearing of the supposed quote,” Kaveney said in an email. “I can tell you from my close proximity to the events of that day/week. He did not say ‘oh boo-hoo.'”

During the July encounter, Yoho had confronted Ocasio-Cortez on the Capitol steps about remarks she had made earlier that month about crime and poverty. “You are out of your freaking mind,” Yoho said, while Ocasio-Cortez responded that he was being “rude.” As the two parted ways, Yoho said, “F—ing b—,” according to a reporter who overheard the confrontation.

Yoho denied making those derogatory and vulgar comments toward Ocasio-Cortez, instead claiming that he said “bulls—.” And in a statement on the House floor after the encounter, Yoho said he apologized for the “abrupt manner” of their encounter but would not apologize for his “passion, or for loving my God, my family and my country.”

“Having been married for 45 years with two daughters, I’m very cognizant of my language,” Yoho also said.

In her floor speech — audio of which was recently mashed up with Kendrick Lamar’s “Humble” in a recent TikTok trend — Ocasio-Cortez zeroed in on Yoho referring to his wife and daughters in his statement.

“Having a daughter does not make a man decent. Having a wife does not make a decent man. Treating people with dignity and respect makes a decent man, and when a decent man messes up as we all are bound to do, he tries his best and does apologize. Not to save face, not to win a vote, he apologizes genuinely to repair and acknowledge the harm done so that we can all move on,” she said.