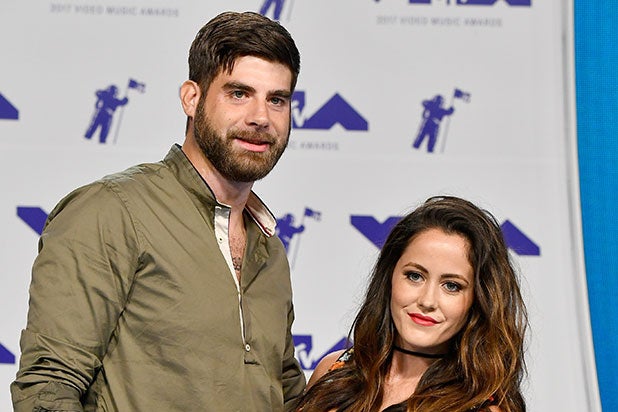 “David Eason’s personal comments do not reflect the views of MTV,” said an MTV spokesperson.  “With six weeks left of production on ‘Teen Mom 2,’ effective immediately, we are ending our relationship with him.”

Multiple outlets, including the BBC, reported Eason’s comments came during an exchange with Twitter users about parenting in the wake of the school shooting in Florida last week.

According to People, Eason referred to gay and transgender people as “abominations,” and screenshots of the tweets have been circulating on the platform. He has since deleted his account.

In screenshots of the tweets, he says, “What makes you think you have the right to tell me how to be a parent? Because you think you know me? Lmao why don’t you go tell the homo and transgender parents to start teaching their kids better morals? Oh I forgot that’s supposed to be normal.”

Another Twitter user asked Eason if he was going to teach his kids “to hate gay and transgender people,” to which he reportedly replied, “No, I’m going to teach them not to associate with them or be that way. If you lay down with dogs you get up with fleas.”

@PerezHilton can you use your platform to call out @mtv for allowing this man on one of their shows?! Please!! His name is David Eason and is featured on teen mom 2 pic.twitter.com/P4aSJBpuEl

In a statement to TMZ on Tuesday, Evans said, “David didn’t understand how offensive people would get or how Twitter even works. Now that he realizes his voice is very strong within media/tabloids he has deactivated his account. He agrees he will keep his comments to himself from now on.”

She added, “David doesn’t hate people from the LGBT community. My old manager was gay and used to be one of me and Davids close friends. We attended Farrah’s birthday in Miami with a lot of LGBT people there and he didn’t act in any type of way. We went had a good time and left.”

Fans had urged MTV to terminate their relationship with Eason in the wake of his tweets. There was also a Change.org petition circulating, encouraging MTV to fire Eason and Evans.

So @mjfree are you and @MTV going to keep employing David Eason after his homophobic and transphobic tweet? #teenmom2

A spin-off from “16 and Pregnant,” “Teen Mom 2” is about four women, including Evans, as they navigate through parenthood. Evans and Eason have one child together.

A spokesperson for Evans has not yet responded to TheWrap’s request for comment.