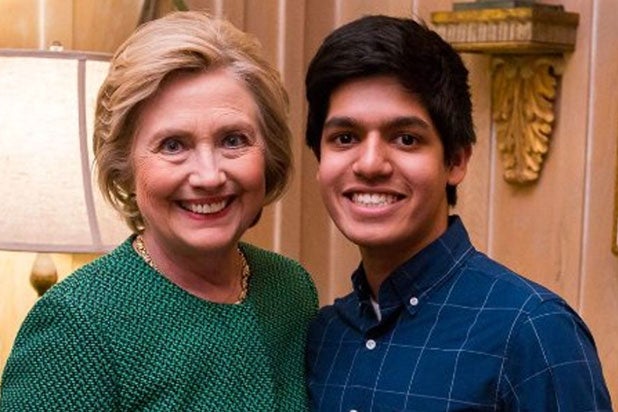 A New Jersey teenager has been accepted to Stanford University after he wrote #BlackLivesMatter on his college application 100 times instead of writing a long personal essay.

When the essay prompt read, “What matters to you, and why?,” only one thing came to mind for New Jersey high school senior Ziad Ahmed. And on Friday, he received his acceptance letter from Stanford.

“I was actually stunned when I opened the update and saw that I was admitted,” Ahmed said in an email to journalists at Mic. “I didn’t think I would get admitted to Stanford at all, but it’s quite refreshing to see that they view my unapologetic activism as an asset rather than a liability.”

I submitted this answer in my @Stanford application, & yesterday, I was admitted…#BlackLivesMatter pic.twitter.com/R5YxM77bWL

“My unapologetic progressivism is a central part of my identity, and I wanted that to be represented adequately in my application,” Ahmed said.

“As an ally of the black community though, it is my duty to speak up in regards to the injustice, and while this was not a form of ‘activism‘ as it was simply an answer in a college application,” he continued. “I wanted to make a statement.”

According to Mic, the Bangladeshi-American teenager has been a strong activist and has a stellar resume, which most likely also led to his acceptance. He has been invited to the White House Iftar dinner and was recognized as a Muslim-American change-maker under the Obama administration. In 2016, he interned for Hillary Clinton’s campaign, and in 2015, he gave a Ted Talk in Panama discussing the stereotypes facing young Muslim teens.

The publication reported that Ahmed was also accepted to Yale University and Princeton University.

“The insistence on an explanation is inherently dehumanizing,” Ahmed said about not needing to explain the hashtag in his application. “Black lives have been explicitly and implicitly told they don’t matter for centuries, and as a society — it is our responsibility to scream that black lives matter because it is not to say that all lives do not matter, but it is to say that black lives have been attacked for so long, and that we must empower through language, perspective, and action.”

On Tuesday, he tweeted, “Also, it’s important to note that this response was one answer on one application. Not my college essay or etc. There’s a lot more to it.”

People were supportive of Ahmed’s admission on Twitter, although some were surprised by the news, with one writing, “w/ all of the other good things he’s done a real ally would’ve wrote something poignant instead of this bulls— attempt to look progressive.”

See some reactions below.

@ziadtheactivist OH MY GOD IM SO PROUD OF YOU MASHALLAH

@ziadtheactivist forever in love with your audacity

@ziadtheactivist @Stanford If this isn't proof America's system of higher education is a joke, what does?

@ziadtheactivist @Stanford This is ridiculous

@ziadtheactivist @Stanford So now stupidity is to be rewarded? American Universities will began to drop because of this SJW crap.