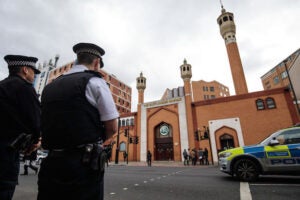 5 Questions: “We have decades worth of true crime stories across the archives of our TV stations that we’ll be able to draw upon,” said Tegna chief digital officer Adam Ostrow

Tegna, which operates 49 broadcast TV stations in 41 markets, is using the digital age to breathe life back into its old news coverage. Last week, the Virginia-based broadcaster (which broke off from Gannett four years ago) announced the launch of Vault, a new digital content studio that will produce a mix of multimedia projects starting with true-crime podcasts, a format that has mushroomed in popularity over the past several years.

First up: “Bomber: Manhunt in Austin,” which premiered last week and details how law enforcement hunted down a serial bomber who brought 19 days of terror to the Texas capital last year. The podcast draws on the wealth of reporting by Tegna’s Austin-based KVUE — but the hope is to appeal to an even broader audience as it rolls out about two new podcasts per quarter.

“Our TV stations cover about one third of the country, whereas podcasts can be accessed from anywhere through platforms like Apple and Spotify,” Tegna chief digital officer Adam Ostrow said. “We think stories like ‘Bomber’ and the others in our pipeline will have appeal well beyond the markets where they originally took place.”

For Ostrow, podcasts offer a way to lure listeners who might not otherwise tune into Tegna’s local news coverage. “The audience is also often consuming the content during their commute, so we’re reaching them during a time when the audience isn’t necessarily going to be thinking ‘local TV,”‘ he said. “We’re expanding the audience geographically as well as the hours available to us during the day.”

We caught up with Ostrow to discuss Tegna’s new push into podcasting and how the company is utilizing its new digital studio to stay relevant in a world beyond broadcast. 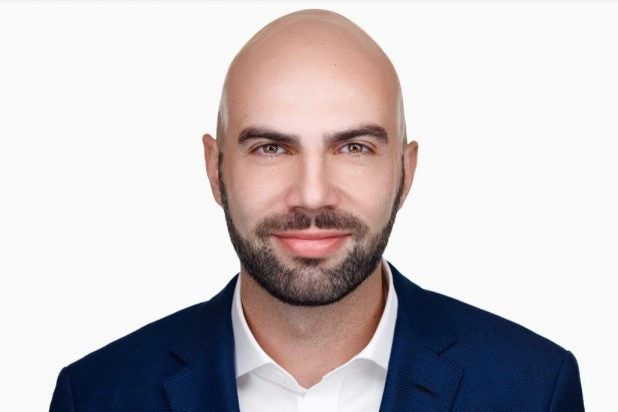 What type of prep work does it take for a company that traditionally works in broadcast to jump into the audio space?

I think the good news for us, and what gives us a bit of an advantage, is that we aren’t starting from scratch when it comes to the content. We have decades worth of true-crime stories across the archives of our TV stations that we’ll be able to draw upon for this initiative.

For example, with “Bomber,” we have all of the coverage of the serial bombings that our station in Austin did last year, as well as hours and hours of audio and video that never made it to air. And we have the reporters that were there, who can add color and tell us where we need to be looking as we build out the narrative for the show.

The new muscle for us is telling those stories in a compelling way for audio. For that, we’ve brought in some outside expertise. In January, we hired Will Johnson as our EP. He spent a decade at Investigation Discovery and has been producing podcasts since the iPod came out. Beyond that, we’ve started to develop relationships with new partners, like Apple Podcasts, Spotify and Stitcher so we can master the best practices for distributing our content in this world.

It seems like every company and creator are launching podcasts. How does Tegna plan to stand out?

When we look at podcasts specifically, true crime is one of the most popular genres with listeners, about one-third of the top 50 podcasts on the charts right now are true crime. And that’s an area where we have so much material to work with, and data on stories that have resonated with communities all across the country. Combine that with the great storytelling that is core to Tegna’s DNA, and we think we have an opportunity to do impactful work that will resonate with audiences well beyond the markets in which we have TV stations.

But we do have massive distribution through our TV stations, on both broadcast and digital, which will be helpful as well. In aggregate, our stations have more than 25 million followers across social media. And when you look at a story like “Bomber,” you have something that originated in Austin, where we have KVUE, but also had tremendous interest across Texas, where we have stations that reach 87 percent of TV households. We’ll use that distribution to our advantage in getting the word out through on-air and digital promotions.

Tegna’s podcasts will draw from the company’s collection of investigative reporting; who is digging through all those old files and videos and what’s the process of finding the right story for the podcast?

We kicked off this initiative internally with a contest to get the best ideas from our stations, and the response was overwhelming.  Reporters were excited about the opportunity to follow up on cold cases and revisit stories that riveted their communities at some point in the past. For newer stories, most of the archive content is digitized and relatively easy to access — for some of the older ones, it will be a bit more laborious, but most of the content does still exist in some form.

Now that we’ve taken an initial inventory of what’s out there, we have a small group internally — a greenlight committee of sorts — that is evaluating the ideas on a variety of criteria, such as the depth of archive material available, who we think the audience is and how we think the story will play in audio form. And then what the marketing and distribution plan will look like. “Bomber” checked all of these boxes given the intensity of the story, the extensive reporting KVUE had already done and the big footprint Tegna has in Texas.

How does Tegna plan to monetize its podcasts?

Our primary focus, for now, is on producing great content and building an audience for our shows. But we think audio is a great ad format, so we will certainly look to integrate advertising down the road.

Do you have plans for Vault beyond new podcasts?

Longer term, we think there’s also a strong connection back to our core business of TV.  You’re already starting to see popular podcasts get adapted into shows for cable and SVOD platforms. So, if we’re successful, we think these stories can make for great television as well, on our platforms or elsewhere.

Ratings: NBA on ABC Bounces Over a Bunch of Reruns – and 2 Imported Premieres on The CW