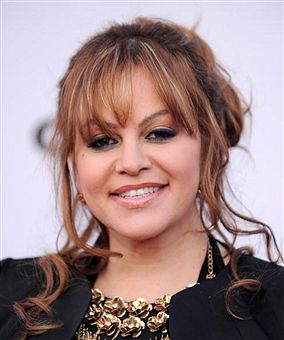 Is a catfight about to erupt between Univision sister Hispanic broadcast network TeleFutura and NBC Universal-owned Hispanic network Telemundo?

Or is it just a harmless coincidence?

Sunday night at 10 p.m., TeleFutura will air a special show about the life of Mexican music icon Jenni Rivera (left), just a few days after Telemundo announced that it’s sister cable network, mun2, will be airing this Fall a reality series produced by Rivera, centering around her daughter.

In promoting the special, TeleFutura said it will include "exclusive interviews and images uncovering never-before-revealed secrets of the popular Queen of Banda Music."

The special, according to TeleFutura, will contain interviews with Rivera’s family members that "reveal secrets" about her life, including "details on how her family stood together to help her daughters and sister overcome the trauma of sexual abuse they suffered at the hands of her ex-husband."

In 2007 her ex-husband, Trinidad Rivera, was found guilty of multiple counts of sexual assault and the case received wide publicity, as well as have other controversial events in her life.

But the special also promises to uncover new news, like "the real reason behind Jenni’s and fellow artist Graciela Beltran’s public disagreement and the scandals that have recently surrounded Jenni’s tumultuous love life and whether or not she will finally wed former MLB player Esteban Loaiza," according to a statement from TeleFutura.

The reality series mun2, which will air this fall,  is about the current life of Rivera’s oldest daughter, Janney Marin. It’s being executive produced by Rivera and titled "Jenni Rivera presents Chiquis and Raq-C." Chiquis is her daughter’s nickname and Raq-C is Raquel Cordova, Chiquis’ best friend.

The two shows are clearly different in focus. The TeleFutura show is a one-shot news program about Jenni’s life, albeit controversial; while the mun2 show is a reality series focusing on her daughter. But negative news about Rivera could throw water on the mun2 series.

It could also have the opposite effect. If the TeleFutura show generates controvery surrounding Jenni, it could actually draw interest in the show she is producing for mun2.

One Hispanic industry observer thinks despite that competitive battle for ad dollars and viewers between Univision and Telemundo and their sister networks, this may actually be an attempt by Rivera herself to get some publicity on multiple venues.

"Jenni Rivera is a very aggressive marketer and a hot property," the industry insider told The Wrap. "I don’t think it’s an attempt by TeleFutura to impact the mun2 show."