USA Network dropped the first trailer and unveiled the couples for Season 2 of its “Temptation Island” revival on Thursday.

Season 2 will feature four new couples misguided enough to believe that going on a television show where the entire premise is encouraging them to cheat will solve their relationship troubles.

“Temptation Island” gathers couples at a vulnerable time in their relationship and sends them to a resort in Maui, Hawaii, where they join 24 single men and women anxiously awaiting to find “the one” and must decide whether to commit to a lifetime together or give in to temptation.

From Ashley H. and Casey who can’t get past Casey’s “party-boy past” to Ashley G. and Rick — yes, there are two Ashleys — who have been together for four years even though Rick secretly exchanges “flirty” messages with other women, meet the four couples below and watch the trailer above.

Season 2 is set to premiere in October. 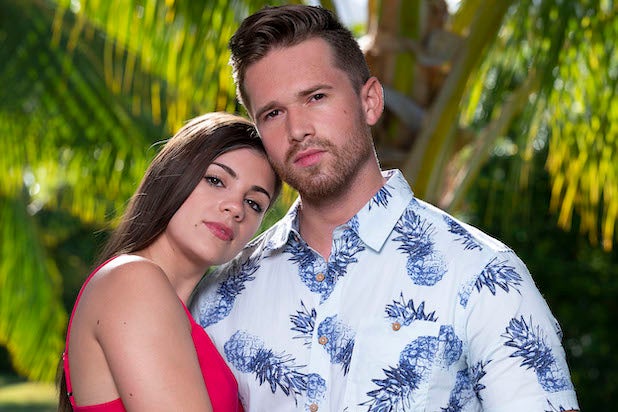 It was love at first swipe for Ashley and Casey when they met on a popular dating app a year and a half ago. Self-admitted Florida party boy, Casey was only looking for a casual fling but found way more than he bargained for with sweet Ashley and they have been together ever since.

Recently there have been some dark clouds in the Sunshine State. The couple, who recently moved in together, struggle with trust and commitment issues: Ashley has been burned before and is weary of Casey’s party-boy past, meanwhile Casey doesn’t want to pay the price for other men’s mistakes and often thinks about the single life he left behind.

Ashley and Casey believe that if they can survive TEMPTATION ISLAND their previous deeds and mistrust can be left firmly in the past and they can move forward with total confidence. Can they swipe right on a future together? 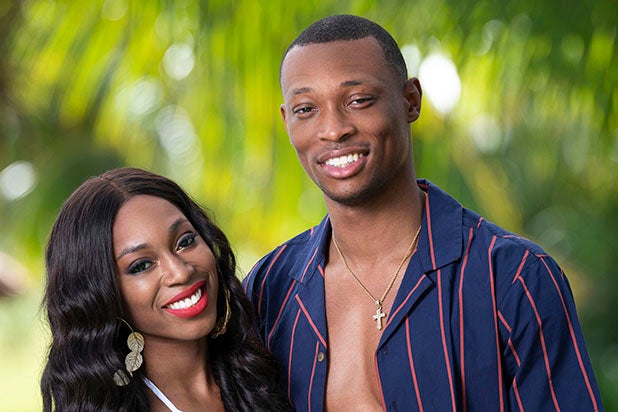 It’s been four years with incredible highs and heartbreaking lows for Ashley and Rick. The couple knew that they had something special on their very first date and the sparks have been flying ever since…except for when Rick lights up flirty conversations with other women behind Ashley’s back.

Rick says that he loves Ashley, but he grew up in a broken home and feels that now in adulthood he can finally let loose and have fun…even if it may be at Ashley’s expense. Ashley tries her best to ignore his “playful” ways because she strongly believes that they are meant to be together – but how much can she truly take?

The couple is heading to TEMPTATION ISLAND to determine if Rick is really ready to commit to Ashley – and if she is willing to accept Rick for who he actually is, wandering eyes and all? 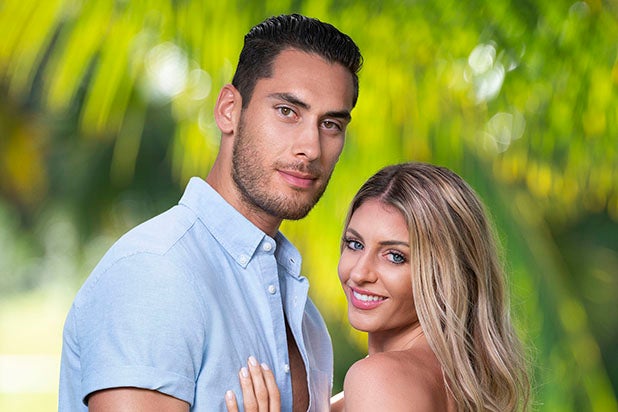 Rival sales executives quickly turned red-hot lovers, Kate and David have been in a relationship and living together for 3 years. They both swear that they have been faithful to each other throughout their relationship, however, their pasts include dark bouts of infidelity – Kate once cheated on an ex-husband and David cheated on an ex-girlfriend – so smoldering mistrust is always right below the surface for these two as they contemplate a life together.

Kate is six years older than David and is eager to begin the next chapter – marriage, kids, family life, etc. However, David, despite how much he loves Kate, has some of his walls up and is hesitant to be vulnerable and take that massive next step into the future.

Will a stay on TEMPTATION ISLAND get them on the same page before the book closes on this relationship? 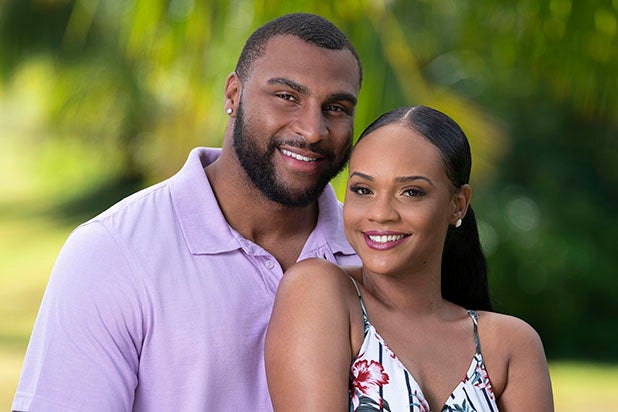 As her 30th birthday approaches former beauty pageant queen, Esonica, claims she is ready to get engaged to her charming and athletic boyfriend Gavin, but he is fumbling at the thought of making that life-long commitment. Gavin has admitted to infidelity in the past, and says that he truly loves Esonica, but he can’t skate on thin ice for the rest of his life based on past mistakes. Family is important to both of them and they want to make things work, but Esonica needs to determine if the man she fell in love with is really her forever king. Can she ever truly get over his cheating past and start fresh? Gavin, on the other hand, needs to decide if he is ready to say yes to a lifelong commitment.

The two are depending on TEMPTATION ISLAND to show them if this love can make it to the finish line or if their romance is officially out of bounds.