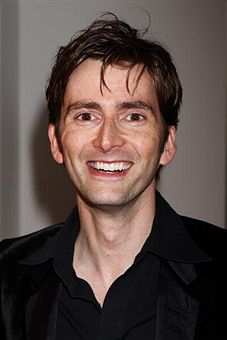 "Dr. Who" star David Tennant and "Superbad" scene-stealer Christopher Mintz-Plasse have joined the cast of DreamWorks’ "Fright Night" remake, according to the Hollywood Reporter.

Craig Gillespie directs the film, which stars Anton Yelchin as a teen who is convinced that his new neighbor (Colin Farrell) is a blood-thirsty vampire who is trying to sink his fangs into the boy’s skeptical mother (Toni Collette).

Tennant will take over the role of Peter Vincent, played by Roddy McDowall in Tom Holland’s original 1985 cult film. Instead of a late-night horror show host, the character will be a Las Vegas magician whose show revolves around horror-movie imagery this time around. Vincent claims to be a vampire expert but he proves less than helpful when the protagonist turns to him for assistance.

Mintz-Plasse will play Evil Ed, Yelchin’s friend who feels betrayed and winds up siding with the vampire. It’s good to see that Mintz-Plasse is continuing to defy predictions that his career would fade after his breakout "how do you top that?" performance as McLovin’ in "Superbad." "Year One" aside, I thought he did a great job in both "Role Models" and "Kick-Ass," and look forward to seeing his take on Evil Ed. Mintz-Plasse recently lent his voice to "How to Train Your Dragon" and "Marmaduke," and also made a guest appearance on Starz’s hilarious  sitcom "Party Down." He’s set to reunite with "Kick-Ass" co-star Chloe Moretz in a raunchy segment of the omnibus film "Untitled Comedy." 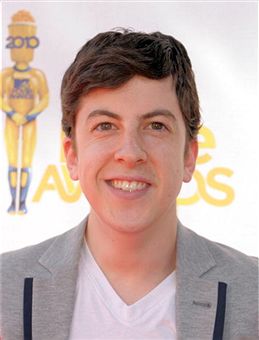 While Tennant starred in a NBC pilot that wasn’t picked up, "Fright Night" will be the actor’s first major role in an American movie outside of a small part in "Harry Potter and the Goblet of Fire."