Lake Highlands High School valedictorian Paxton Smith pulled a fast one on her Texas school’s administration this week when she gave a speech about abortion rights, earning her praise from people including Hillary Clinton and Democratic Texas congressman Beto O’Rourke.

Dallas-based D Magazine first reported the news and said Smith was supposed to give a speech about how her media consumption changes how she perceives the world, and had that speech approved by her school. Most high schools have a similar procedure put in place to avoid students going off-book while they’re on the podium and using their valedictorian speeches to say whatever they want.

Fortunately, Smith did just that. Instead of reading from the prepared, preapproved speech she submitted to Lake Highlands High School, Smith gave a moving oration about Texas’ restrictive abortion laws. 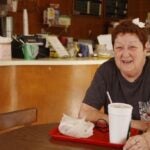 Recordings of Smith’s speech soon went viral and caught the eye of prominent Democratic politicians and activists, including 2016 presidential candidate and longtime women’s rights activist Hillary Clinton, who said Wednesday, “This took guts. Thank you for not staying silent, Paxton.”

Smith used her time at the podium to call out the “heartbeat bill” that Texas Gov. Greg Abbott signed into law last month and will go into effect this September. The law prohibits any state resident from getting an abortion as early as six weeks into a pregnancy — before many people even know they are pregnant — and would even bar reproductive care for victims of incest or rape.

Other figures who found Smith’s speech moving included O’Rourke and the indie folk band the Mountain Goats, who said that Smith could have a spot on the “permanent guest list for life.” Another person who watched the speech remarked she was “braver than the entirety of the Texas legislature.” 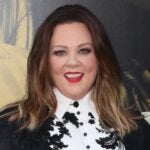 “As we leave high school we need to make our voices heard,” Smith said in her speech. “In light of recent events, it feels wrong to talk about anything but what is currently affecting me and millions of other women in this state.”

Smith added, “We have spent our whole lives working towards our futures, and without our consent or input, our control over our futures has been stripped away from us. I am terrified that if my contraceptives fail me, that if I’m raped, then my hopes and efforts and dreams for myself will no longer be relevant. I hope you can feel how gut-wrenching it is, how dehumanizing it is, to have the autonomy over your own body taken from you.”

Watch Smith’s full speech at the top of the page, and check out some more reactions below.