Thandiwe Newton is departing the cast of the third “Magic Mike” film, “Magic Mike’s Last Dance,” and she’ll be replaced in the film by Salma Hayek, a Warner Bros. spokesperson told TheWrap.

“Thandiwe Newton has made the difficult decision to step away from the production of Warner Bros. Pictures’ ‘Magic Mike’s Last Dance’ to deal with family matters,” a spokesperson said in a statement.

Channing Tatum and the original filmmaking team, including director Steven Soderbergh, are all returning for the “Magic Mike” threequel, which is currently filming on location in London. 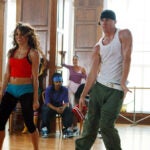 Newton’s role was being kept under wraps, but Hayek will be the female lead for the film opposite Tatum’s Mike Lane, the male stripper who took a 19-year-old newcomer under his wing in the original “Magic Mike” in 2012 before leaving the club where he performed. He reprised his role in 2015’s acclaimed “Magic Mike XXL” in which he reunited on a road trip for one last show with his old gang.

Series producer Gregory Jacobs, who also directed “XXL,” returns to produce “Last Dance” with screenwriter Reid Carolin, Nick Wechsler and Peter Kiernan. Both films in the franchise have together made over $300 million at the global box office, and a “Magic Mike Live” stage show has made its way to London, Las Vegas, Berlin and Australia.

“Magic Mike’s Last Dance” will be made exclusively for HBO Max.

Hayek is represented by CAA, Management 360, and Laird & Sobel. 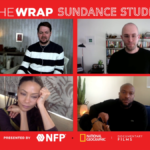 Also Read:
How Thandiwe Newton Used Her Own Experience to Shape Her ‘God’s Country’ Performance (Video)