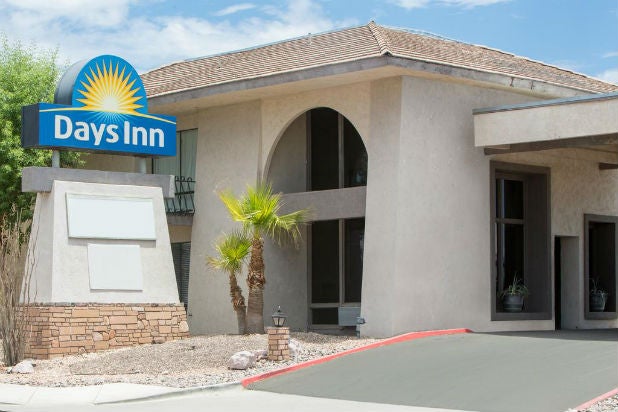 Oscar Host Jimmy Kimmel offered a jet ski during Sunday night’s Oscars to the winner with the shortest speech. The host even offered to sweeten the pot by adding a stay at Arizona’s Lake Havasu Days Inn in a fake tourism commercial.

The free advertising on the telecast seems to have been the golden ticket, as the Days Inn has received a flood of calls since.

“Last night and this morning we had an insane amount of calls about it,” a rep for the Lake Havasu Days Inn tells The Wrap. “Fifty to 75 people have called. Today alone, probably 20.”

Were the staffers aware Kimmel would mention the vacation spot on the telecast? “No, we had no idea,” added the rep. “But we are already booked for spring break, which is real popular in Lake Havasu. It’s cool publicity but nothing out of the normal.”

Also Read: At the Oscars' Governors Ball, Relief at a Break From All the Scandal

Costume Designer Mark Bridges, who won the Oscar for best costume design for the film “Phantom Thread” ended up winning the jet ski because his acceptance speech clocked in around 30 seconds but, Bridges might be surprised that the lake is actually not adjacent to the Days Inn.

“We have parking for boats and jet skis but, we are not an actual docking station and are a mile from the bridge and the lake,” said the rep.

Is there a presidential suite fit for Oscar winners?

“We have a suite, but we wouldn’t claim it as a presidential suite,” he added.

To check out  — or into — the hotel itself, click here.

We’ll do you one better @jimmykimmel. We think you’re all winners, so any nominees who don’t take home a trophy tonight will get a free night stay at our Lake Havasu hotel or any Days Inn location. Jet ski ride on us. #Oscars

To the parties go the victors. The Governors Ball, Elton John and Vanity Fair were a sea of gold on Sunday night.

Sam Rockwell, Frances McDormand, Jordan Peele and Kobe Bryant walked away from the Dolby with Oscars, ready to hit the after party circuit.  The Governors Ball, Elton John, and Vanity Fair events continued long after Jimmy Kimmel signed off for the night.