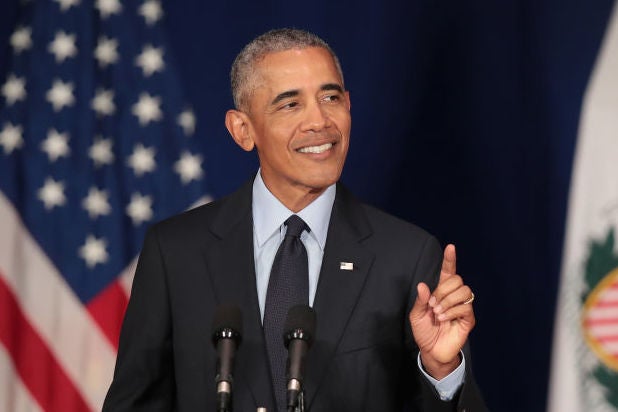 As networks grapple with whether to air President Trump’s primetime address to the nation on Tuesday night, remember that if they do decide to take a stand against the billionaire — it would not be entirely without precedent.

As many have pointed out, President Obama had an immigration address he wanted to deliver to the American people from the Oval Office in 2014. Executives from several networks, however, told him “no.” The speech did go ahead, but most Americans didn’t watch.

“President Obama will address the nation tomorrow night on new steps he’s taking to fix our broken immigration system,” the White House said at the time in language that almost mirrors the current debate over the issue.

The Washington Post wrote about it all as it went down in November, 2014.

“ABC, NBC, Fox and CBS knew that their customers would not be happy if the president ate into time reserved for some of the most popular shows on television, including ‘The Big Bang Theory’ and ‘Bones,'” reporter Jaime Fuller wrote at the time. “November happens to be “sweeps” month, when programming tries to encourage more viewers to tune in by promising more exciting content. Presidential sweeps don’t always ensure the exciting cliffhangers and plot twists that networks are looking for.”

The address was aired on the cable networks.

But it wasn’t just ratings concerns. Just five years ago, evidence suggests that the networks were keenly aware of the politics of the speech as the Washington Post and Politico also pointed out.

“There was agreement among the broadcast networks that this was overtly political,” a network insider told Politico Playbook at the time. “The White House has tried to make a comparison to a time that all the networks carried President Bush in prime time, also related to immigration [2006]. But that was a bipartisan announcement, and this is an overtly political move by the White House.”

In his Monday newsletter, CNN’s Brian Stelter also weighed in.

“Obama gave numerous prime time addresses, and virtually all of those were shown live,” Stelter said. “The White House never formally asked for time, but when it put out feelers about the idea, the broadcast networks were reluctant. Why? Well, they [had] been known to resist presidential requests for airtime for a variety of reasons, including the perceived urgency of the subject and the popularity of the shows that would be interrupted.”

So far, all of the major networks are resisting pressure from left-wing critics and are planning to air Trump’s address live.

On Monday, the White House revealed President Trump would deliver the first White House Oval Office address of his presidency. His remarks are expected to focus on immigration and his proposed wall along the Mexican border. Funding for the long promised wall is currently at the center of a government shutdown which is now in its third week. Democrats have demanded equal time from the networks if Trump speaks so they can issue a rebuttal.