“The 100” Season 3 begins in a very different place from where The CW’s post-apocalyptic drama left off in Season 2, and that’s entirely by design.

“World building for me is what I really take pride in and enjoy,” showrunner Jason Rothenberg told TheWrap. “The thing that fascinates me as a storyteller is opening up the world, and now we can tell stories in Polis, and we can tell stories on ALIE’s island and we can tell stories in Ice Nation. And some people like that, I like that, for example in ‘Game of Thrones,’ every time they introduce a new world, that’s cool to me. Some people don’t. Some people want it to be just the hundred, just the kids, just Bellamy and Clarke, and all of that. I like to change it up, and that’s what people have come to expect and should continue to expect. I see it as a different movie each season.”

Also Read: 'The 100' Extended Trailer Teases Everyone at War (Video)

Things are also different on “The 100” this season because Season 3 opens three months after the events in the Season 2 finale, when Lexa (Alycia Debnam-Carey) betrayed Clarke (Eliza Taylor) and the Sky People, forcing her and Bellamy (Bob Morley) to commit genocide, wiping out an entire population of people living in Mount Weather in order to save their own. 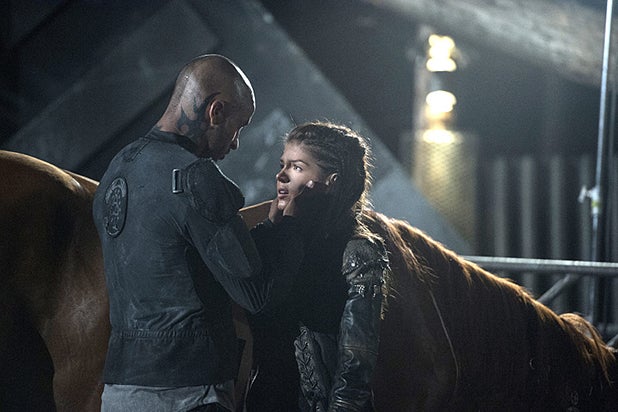 “Last season we told the Mount Weather story, the season before that we told the hundred’s story. This season we’re telling ALIE’s story and the Ice Nation story and so on,” said Rothenberg. “It will always change.”

Below, Rothenberg details where things pick back up three months later, where Clarke’s head is, and how her much-anticipated reunions with Bellamy and Lexa will go down.

We start with a pretty signficant time jump. How much has changed when we come back?
A lot has changed. Essentially, Mount Weather as a threat is gone, and that was the big threat in the grounder nation, and became the big threat to our heroes in Season 2. With that gone, there’s a period of relative peace and within Arkadia – as it becomes known – they’re trying to carve out a real society, a civilization. And they can do that because no one’s trying to kill them every day, because of this tentative truce with Lexa and the grounders. They’re building. They’ve built a functioning beginning of a society that could last. And it matters to our people. It matters to Bellamy, and Lincoln (Ricky Whittle), who’s become a part of it. It matters to Kane (Henry Ian Cusick) and Abby (Paige Turco) who are essentially in charge of it. So we enter in this period of relative peace, which is new.

Clarke has no idea any of this is happening. What’s she been up to and where is her head space now?
Clarke’s broken, still. Running away from everything she’s done and who she is. She’s changed her appearance. Metaphorically she’s hiding from herself, but will quickly realize you can’t hide from who you are. Ultimately, she’ll get pulled back into the story, kicking and screaming, and the hero that she is can’t be held back. Over those three months, she’s been on a walkabout. She’s been hunting and fishing and doing whatever she can to forget what she’s done, including drinking and fucking her way through the post-apocalyptic wasteland.

What’s the tone of Season 3? Season 2 was darker than Season 1, so is the goal to keep getting darker?
It’s like that quote in “Spinal Tap,” how much blacker can it get? And the answer is none. It’s purely black. It’s going to get dark. It starts in a lighter place, like I said, but events on the ground quickly spiral out of control, as they often do in this show, and force our characters to make really really hard choices, and go down paths that pull them apart in many ways. It will certainly be perceived as dark. By the end of the season, it’s incredibly twisted, what’s happening, and you won’t believe your eyes, or your minds. 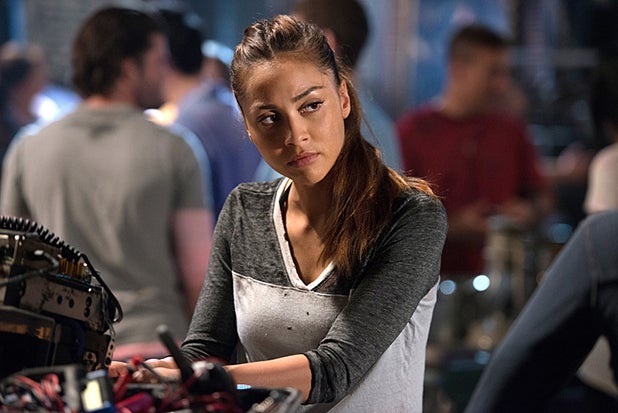 How’s that reunion going to go down?
That reunion is, as expected, very heated. Obviously Clarke is still pissed off, and is probably out for blood. She blames Lexa for everything that’s happened to her. All of that will come pouring out when they see each other for the first time. If she can get over what Lexa did remains to be seen.

What about her reunion with Bellamy?
She doesn’t have any hard feelings towards Bellamy, she’s probably more guilty about the fact that she ran away from all of her people. Seeing any of her people is going to bring back the memory of what she was running away from, so there will be that. For Bellamy, he’s angry that she left. He’s angry that she left him alone to lead their people out of this period of war into this period of peace. There’s some degree of resentment on his part, for sure, but when he finds out that she’s in trouble, in the premiere, another gear kicks in. Clarke is special to him. He understands that Clarke is special in general, and finding out that she’s in trouble activates his inner hero and he’s immediately on the case. Probably he would do the same if any of his friends were in that situation, but certainly, because it’s Clarke, has an added importance in his mind. When they come together, I don’t think it plays out how people will expect.

There seem to be three story threads as we head into Season 3 – Arkadia, the grounders and ALIE. Is the plan to merge them over the course of the season and head towards one cohesive ending?
The show in general, the 30,000 feet view of the season, absolutely, it’s one story we’re telling. I look at it as two stories. The grounder/Arkadia conflict, where the sky crew fits into the bigger political situation on the ground, the civil war that’s brewing. There is in fact a civil war brewing within Arkadia itself, I suppose you can look at that as its own story, but I don’t separate it from the bigger world, because essentially that’s at the heart of the conflict. It’s how we’re going to live in this world together or we’re going to be isolationists, which is what Pike (Michael Beach) wants. 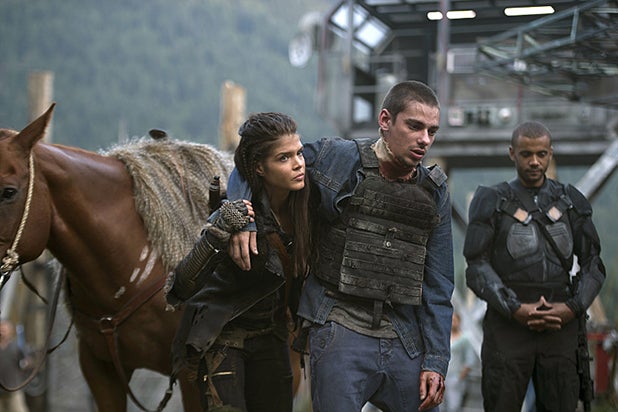 And the AI story is there, it’s percolating along in the first half of the season and then it becomes more and more important as we round the bend in midseason and on our way to the finale. All the threads start to come together.

Also Read: Alycia Debnam-Carey on 'Dramatic Shift' to 'Fear the Walking Dead' From 'The 100': I Have No Weapons, No Power!

You just finished writing the season finale. How angry will people be if that’s the end of the show?
That won’t be the end of the show, I’m very confident of that. The idea for Season 4 is incredibly cool and baked into the finale of Season 3, so it would be a horrible mistake on the part of the people who make decisions to not let us tell that story. And I don’t think that’s going to be the case.

Do you have an ending for the series in mind?
I have a good idea for where they end up at the very very end. I don’t particularly think this is a “let’s run forever” type of show. I think that when I feel like we’ve started to repeat ourselves, I will certainly leave. Whether or not the network decides to end the show at that point, that’s up to them obviously. To me, the dream would be to choose when we get to stop. So to answer your question, not really, I don’t know exactly how it ends, I have a pretty good feeling, a good idea of who’s going to be with who and where they will be.