Priyanka Chopra-Jonas has apologized for the original premise of CBS’ “The Activist” one day after the network decided to retool the competition series into a documentary following backlash to the original idea.

“I have been moved by the power of your voices over the past week,” Chopra, who was announced as co-host/judge of the show alongside Usher and Julianne Hough last week, said in a statement posted to Instagram on Thursday. “At its core, Activism is (fueled) by cause and effect, and when people come together to raise their voice about something, there is always an effect. You were heard. The show got it wrong, and I’m sorry that my participation in it disappointed many of you.”

She continued: “The intention was always to bring attention to the people behind the ideas and highlight the actions and impact of the causes they support tirelessly. I’m happy to know that in this new format, their stories will be the highlight, and I’m proud to collaborate with partners who have their ear to the ground and know when it’s time to hit pause and re-evaluate.” 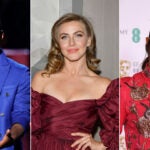 Also Read:
CBS Pulls ‘The Activist’ After Backlash, Competition Show to Be Retooled as Documentary Special

CBS pulled the “The Activist” from its upcoming schedule Wednesday after backlash from online activist communities. The show will be reworked as a more straightforward documentary special, removing the competition aspect, the network said.

“The Activist” was set to premiere on Oct. 22, with a five-week run challenging a group of activitsts to “compete in missions, media stunts, digital campaigns and community events” with winners decided based on “online engagement, social metrics and hosts’ input.” Usher, Julianne Hough and Chopra-Jonas were announced as hosts last week, drawing attention to the project and sparking the backlash from those who found the show’s competition format at odds with the work of activism.

CBS and producers Global Citizen and Live Nation released a joint statement on Wednesday announcing the planned changes to the show’s format and the decision to remove it from the schedule. 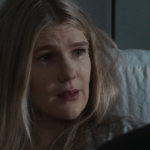 Also Read:
‘AHS: Double Feature’ Star Lily Rabe on Why Doris Made That Black Pill Choice and If She Can Come Back From It

“‘The Activist’ was designed to show a wide audience the passion, long hours, and ingenuity that activists put into changing the world, hopefully inspiring others to do the same,” the groups said. “However, it has become apparent the format of the show as announced distracts from the vital work these incredible activists do in their communities every day. The push for global change is not a competition and requires a global effort.”

The reimagined version of “The Activist” will “showcase the tireless work of six activists and the impact they have advocating for causes they deeply believe in,” the statement continued. “Each activist will be awarded a cash grant for the organization of their choice, as was planned for the original show.” Read the full statement below, as well a separate statement from Global Citizen.

The statement comes a day after Hough spoke out about the backlash, telling her Instagram followers that she had passed along concerns to “the powers that be.” “Thank you for using your voices, calling me in, your accountability, and your candor. I am deeply listening with an open heart and mind,” she said, acknowledging the show’s critics.