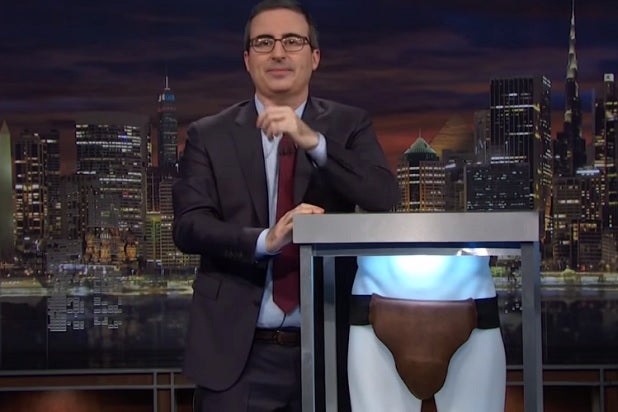 Two of the last Blockbusters in America are closing, and with them, so are Alaskans’ chances to see a jockstrap once worn by actor Russell Crowe.

The leather groin protector was actually a movie prop in the boxing film “Cindarella Man,” and has been housed in the Blockbuster store in Anchorage, Alaska, since May. It was a gift to the store — one of the last two in the state, and one of only three remaining in the U.S. — from HBO’s “Last Week Tonight With John Oliver,” after Oliver did a segment on the store.

Oliver said he hoped Russell Crowe memorabilia, including the jockstrap, would help the store attract customers to the store.

Also Read: Michelle Wolf: Trump 'Responsible for More Abortions Than the Invention of Back Alleys'

Apparently it wasn’t enough, though: the Anchorage Daily News reports that the Anchorage store is closing this summer after it sells off its inventory. Also shutting down is the Blockbuster in Fairbanks, Alaska, leaving only one shop of the formerly giant video rental chain left in the whole country, in Bend, Oregon. The three stores were some of a handful of independently owned and operated Blockbusters that survived the corporation declaring bankruptcy back in 2010.

According to the report, what’s happening to the jock strap and other items isn’t quite clear.

Also Read: Michelle Wolf and Seth Meyers Complain About the World Cup and Each Other (Video)

“The memorabilia is probably going to go back to the owner, which is fine, because I don’t want a jockstrap in my house,” Daymude told the Anchorage Daily News.

That likely means the Crowe items will wind up back in the hands of HBO. After that, maybe they’ll adorn the “Last Week Tonight” set — or maybe Oliver will attempt to save America’s final Blockbuster by shipping the Crowe gear off the Oregon, preserving the public’s ability to visit the jockstrap as originally intended.