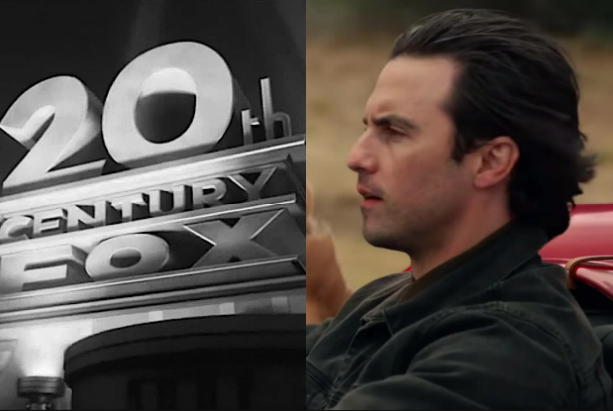 Despite driving the lion’s share of overall 2019 box office revenue, Disney saw a big stock drop and faced questions over what it’s going to do with its newest acquisition, 20th Century Fox, after it reported a $170 million loss in its latest earnings call.

And as the assimilated studio’s “The Art of Racing in the Rain,” prepares to enter theaters, the film’s box office outlook shows that Fox will continue to remain in the red for Disney at least for the next few months.

With lukewarm reviews and poor audience tracking, “The Art of Racing in the Rain” is projected for an opening of less than $10 million this weekend, making it the third out of six films released by Fox this year to open below that mark. And overall, Fox’s 2019 domestic gross to date — $259 million — is down 65% compared to this point in 2018.

That’s thanks in large part to a big change in Fox’s tentpole fortunes. In 2018, Fox had its fair share of mid-budget busts like “Red Sparrow” ($69 million budget, $151 million global gross) and “The Darkest Minds” ($34 million budget, $41 million global). But that was counterbalanced by “Deadpool 2,” which made $785 million and accounted for nearly 30% of Fox’s entire domestic revenue last year.

In 2019, instead of “Deadpool” Fox has “Dark Phoenix,” a critically panned coda to the “X-Men” saga whose $65 million North American box office total is below even “Alita: Battle Angel,” a $170 million blockbuster that needed international help to avoid bombing after it grossed $85 million domestically.

Consequently, “Dark Phoenix” has been the main factor in the operating loss Fox has suffered in its first quarter under Disney’s ownership.

“We’ve seen that Fox can put out hit films like ‘Deadpool 2’ and ‘Bohemian Rhapsody,’  said Comscore’s Paul Dergarabedian, but unfortunately Disney inherited films on the Fox slate that didn’t resonate strongly with audiences.  It’s all about timing; if Disney had taken over last year for instance when ‘Bohemian Rhapsody’ had come out, it would be a different story.”

But even with those two hits, the last 18 months for Fox have shown a troubling trend. In 2014, when Fox had a company record $1.79 billion domestic gross, the studio released nine films that grossed over $100 million in North America.

From 2015-2017, it released six $100 million-plus films per year. “Deadpool 2” and “Bohemian Rhapsody” are the only two Fox films released since the start of 2018 that have reached this mark, and they accounted for 47% of last year’s $1.08 billion combined gross. By comparison, Universal, Sony and Warner Bros. all made less than 40% of their 2018 gross from their top two highest grossing films and outperformed Fox in market share.

Along with “The Art of Racing in the Rain,” Fox’s releases this quarter include the Brad Pitt sci-fi film “Ad Astra,” which is opening against “Downton Abbey” in September; and the Amy Adams thriller “The Woman in the Window,” which opens against “Joker” in October. With that competition, neither film is expected to make much of a mark on the box office charts.

The film that might break Fox’s drought is “Ford vs. Ferrari,” a biopic about the 1969 24 Hours of Le Mans race starring Matt Damon and Christian Bale and directed by James Mangold in his follow-up to the Oscar-nominated “Logan.” The film is getting a premiere in Toronto next month ahead of its November release, and Disney CEO Bob Iger pointed to it as a film that Disney sees potential in.

But even if Disney stewards “Ford vs. Ferrari” to box office success, it’s extremely unlikely that it will match the $216 million domestic/$903 million global total that “Bohemian Rhapsody” earned last fall, meaning that the year-to-year drop for Fox’s grosses will likely finish at more than 60% at year’s end.

Iger said on Tuesday that it will “probably take a solid year, maybe two years, before we can have an impact on the films in production.” While light on specifics, Iger said that the majority of projects currently in development at Fox will be shut down and replaced with “an all new development slate that will focus on a select group of properties,” with far fewer films released than the 11-15 films Fox has released per year in the 2010s.

The few films that will stay in development beyond 2020 are James Cameron’s “Avatar” sequels, which are currently in production, and a yet-to-launch continuation of the rebooted “Planet of the Apes” trilogy. Dergarabedian says that this may be a hint that Fox may be treated like other Disney branches like Lucasfilm or Marvel Studios: as a producer of event films.

“Disney’s success is that they release fewer films per year than any other studio but do a great job making those films feel like can’t-miss releases. Adding three or four of those sort of films from Fox’s stable like ‘Ford v Ferrari’ or films from their recognized franchises will only boost that strategy.”