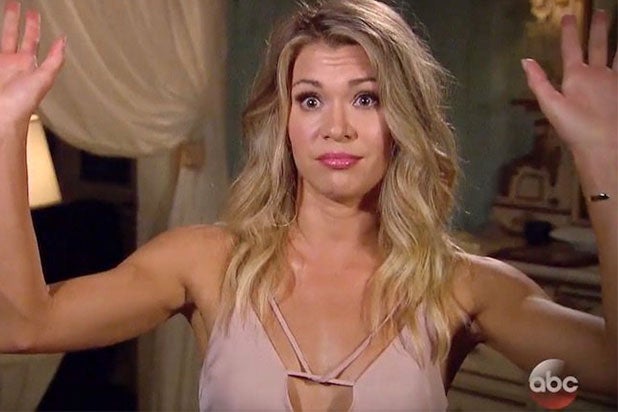 The ABC host made a hilarious montage of irritating sounds that the 29-year-old fitness coach made during her time on the show before she was booted on last night’s episode following a two-on-one with Bachelor Arie Luyendyk.

“The weird/annoying sound she makes with her body and mouth–those will never be forgotten,” Kimmel said Monday night.

He also included another little montage of Krystal saying “byeeeee” to her fellow contestants, an expression “Bachelor” fans have come to know all too well from the trainer.

Kimmel previously complained about Nielson in a Jan. 23 episode, where he said, “This Krystal might have the single most annoying voice in not just ‘Bachelor’ [history] but television history … It’s like the song the mermaids sing that makes you want to crash you into a pile of rocks.”

See Video: There Will Be So Many Tears on 'Bachelor Winter Games'