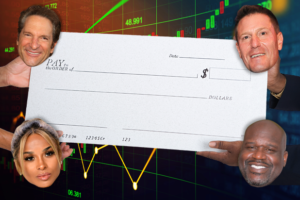 Leaders of the SPAC: Why Hollywood Is Hot for Blank-Check Companies

“The Bachelor” may have slipped from last week’s record-low ratings for a season premiere, but the dating competition still comfortably topped all other broadcast series on Monday. Paired with an episode of medical drama “The Good Doctor,” ABC finished first outright in primetime.

ESPN, which like ABC is owned by The Walt Disney Company, aired the college football National Championship Game on Monday evening. We’ll get Nielsen numbers for Alabama’s victory over The Ohio State University later today.

The Crimson Tide rolled over the Buckeyes 52-24.

CBS, Fox and Univision tied third in ratings, each with a 0.4/2. CBS was second in total viewers with 3 million, Fox was fourth with 2.1 million and Univision was fifth with 1.2 million.

Also Read: Ratings: 'Celebrity Wheel of Fortune' and 'The Chase' Debut Much Better Than 'Mr Mayor'

CBS and Fox both aired all repeats last night.