“The Bachelor” is back in our lives to fill a Neil Lane diamond-sized hole, and the premiere on Monday night did not disappoint. Race car driver-turned-real estate agent Arie Luyendyk Jr. is five years older, has a bit more salt and pepper in his hair and is ready for a second chance at love.

The best part of the premiere every season is the crazy gimmicks the contestants go through with to get the attention of the bachelorette, or in this case, bachelor. Surprisingly, there were no dolphins or unicorn heads this season, but a theme of cars definitely ran through the hour-long premiere. Here, we break down the craziest and most over-the-top moments. 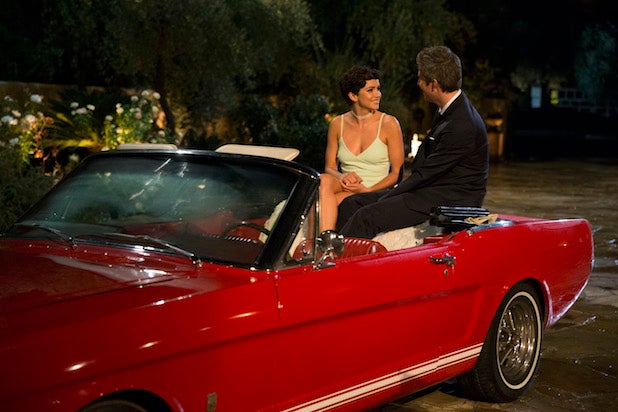 Ok, so we admit we kind of have a crush on Bekah already. The 22-year-old nanny skipped the limo ride with the other girls and drove up in a cherry-red ’65 Mustang. Then she delivered this smooth line: “I might be young but I can still enjoy a classic.” Yup, she couldn’t care less about the 14-year age gap between she and Arie. After her sexy auto entrance, fellow contestant Chelsea said to another group of girls, “That cherry red looks better on your lips, b—-.” Which brings us to our next point.

Oof. We can tell that this girl is already going to be the source of plenty of drama during her time on the season. From calling the other contestants “b—-es” to stealing Arie at the beginning of the cocktail party… and again at the end of the cocktail party, Chelsea is not here to make friends, OK?

3. All the times Arie whispered “she is so beautiful”

Oh, Arie. The bachelor couldn’t help from getting swept away by the gorgeousness of all the women. After almost every contestant walked into the house, he muttered some version of “wow, she is so pretty!!!!” under his breath. But honestly, doesn’t this just make him that much cuter?

There are four Laurens on this season. We’ve had our fair share of Ashleys and Carlys, but this season takes the cake. Is it bad that we hope one or two get kicked off, if only to make it easier to tell who is who?

If there was one entrance that could rival Bekah’s, it was definitely Maquel’s. She capitalized hard on Arie’s race car driving, and somehow got hold of a racer to drive up to the mansion in. Taking off her helmet and swinging her long blonde hair just punctuated the moment, making the other girls watching from inside all riled up. Which brings us to the next point.

6. Everyone is green with jealousy

All these girls are green already, and we’re only one episode in. They’ve each only talked with Arie for a few minutes, if at all. But the salt ‘n pepper heartthrob is casting some kind of spell on these women, because they really can’t hang when it comes to giving someone else a turn. We know you need your time with him to get a rose, ladies, but chill just a little bit already.

Also Read: 'The Bachelor': Was Race a Factor in Arie Luyendyk Jr Getting the Gig?

Not going to lie, it was a little jarring when Krystal asked Arie to close his eyes and breathe. But seriously, her voice is soothing. It sounds like waves on the San Diego beach where she records her workout videos. We’re hoping she sticks around for a while to keep some zen in the house. 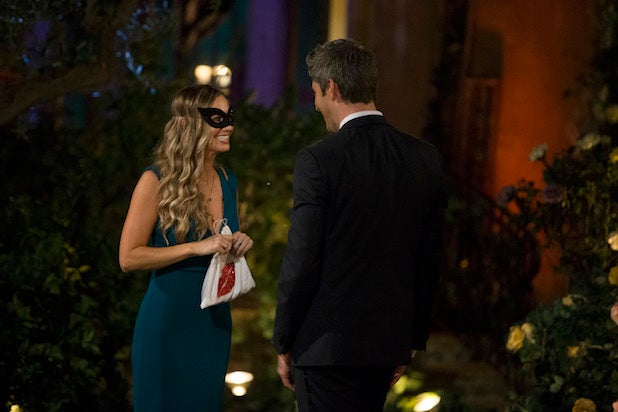 Annaliese really tried with her gimmick, by picking up on Arie’s nickname from when he was on “The Bachelorette.” She wore a mask when she walked out of the limo, and kept it on for most of the cocktail party. It was a cute idea, but made for a pretty awkward entrance into the house and awkward interactions with the rest of the girls.

9. Brittany’s miniature car race and the first kiss of the night 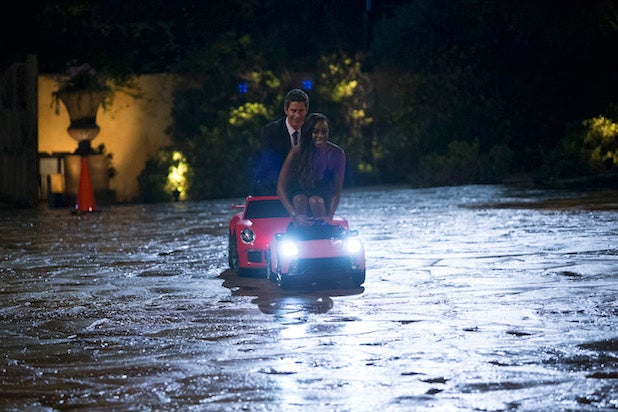 This was a little over the top, but also so cute. Brittany brought out some miniature cars and challenged Arie to a race, in the spirit of his racing past. Her car ended up putting out, but she snagged a winner’s kiss anyway. She was so excited about it, we couldn’t help but feel giddy for her. 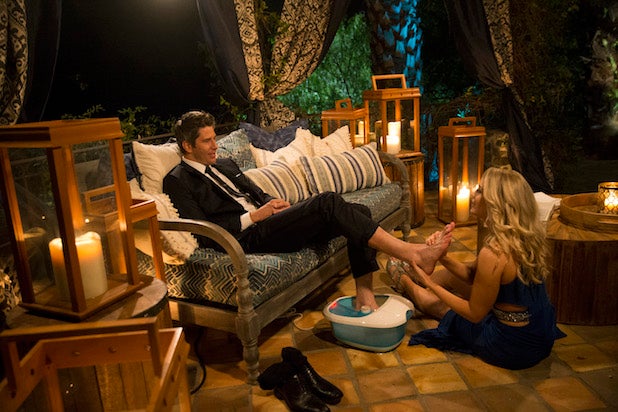 Arie was clearly perplexed with Jenna’s all-over-the-place energy — at one point she was giving him a pedicure. He was confused as to what she does for work, but career choice has never been much of an issue when it comes to casting on “The Bachelor.”

As we mentioned above, Chelsea is not here to make friends, she’s here to win Arie’s heart — and it looks like all the things she did throughout night one that made the other girls’ blood boil paid off when Arie gave her the coveted First Impression Rose. Safe to say Chelsea will be sticking around for a while — but not without stirring up plenty of drama along the way.