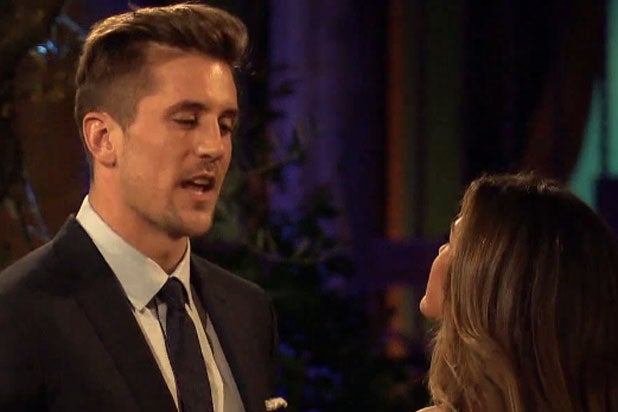 “The Bachelorette” JoJo Fletcher admitted she knew who contestant Jordan Rodgers was, and that he’s the younger brother of Green Bay Packers quarterback Aaron Rodgers, before he stepped out of the limo on Monday night.

“A week before this whole thing started I think his name got leaked, and it was kind of all over the Internet, so, you know, it’s like ‘Jordan Rodgers, brother of Aaron’ — so that’s what I knew going into it,” she told Entertainment Tonight‘s Nancy O’Dell.

However, the 25-year-old reality star insisted that she didn’t know much about him and that her knowledge of Rodgers didn’t influence her at all throughout the season.

“Before I met him … I knew just that tidbit about him, but nothing else, and I don’t think it made a difference either way,” she said. “I don’t follow football closely, so it’s not like it made a huge difference, but I definitely knew that about him going into it.”

Fletcher denied having known Rodgers before the ABC show premiered.

“There’s zero truth to that,” she stressed. “The only thing that I knew about him was that he was potentially going to be part of the cast. So, I don’t know where people are coming up with these things. I’ve never spoken to him, never met him. That first night was the first night I’ve ever seen him in my life. [We had] no conversation, even on the Internet.”

However, Fletcher and Rodgers, 27, hit it off right away during Monday’s premiere of the 20th season. Fletcher gave him both the first proper kiss of the night — after being forced into an awkward kiss with Will — and the First Impression Rose.

Already, there has been a lot of controversy regarding Rodgers’ partaking in the show. In the teaser for the upcoming season, the other men in the house attack the retired NFL player. And shortly after the premiere, a woman claiming to be Rodgers’ ex accused him of cheating and wanting fame.

“Riding the bench doesn’t get in the way of a relationship, but cheating does. #yourpitchisntperfect @jrodgers11 #alwayswantedtobefamous #dreamscometrue #tuneinnextweekformoreBS,” Brittany Farrar posted on Instagram.

After being the starting quarterback at Vanderbilt University, Rodgers followed the career path of his Super Bowl champion big brother, playing for the Tampa Bay Buccaneers and the Miami Dolphins, but only experienced a fraction of his success and never saw action in an NFL regular-season game.

While Rodgers seems to be the clear frontrunner of the season so far, Fletcher would not reveal whether she was able to find love this season.

Joelle “JoJo” Fletcher just began her journey to find true love on the hit ABC reality show, and there have already been so many uncomfortable bumps in the road

Joelle "JoJo" Fletcher began her journey for love on Monday.