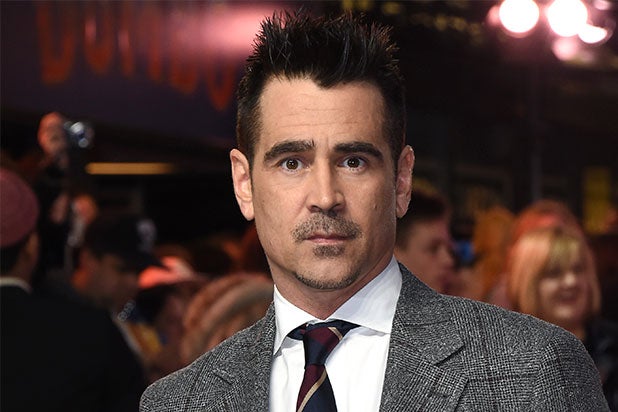 Colin Farrell is in talks to play Penguin in Matt Reeves’ “The Batman,” an individual with knowledge of the project told TheWrap.

Robert Pattinson is set to star as the Dark Knight. On Tuesday, TheWrap reported that Andy Serkis is in talks to play Alfred Pennyworth in the movie that also stars Zoe Kravitz as Catwoman and Paul Dano as Riddler.

Reeves took over as director after Ben Affleck stepped away from the role. Reeves has since described the film as a “defining” and “very personal” story about the Dark Knight, rather than an origin story in the vein of Frank Miller’s beloved “Year One” series.

Previously, Jonah Hill was reportedly the frontrunner to play the antagonist the Penguin. However, he was then in talks for Riddler, until he completely stepped away from the project. Another name previously floated for the role of Penguin was Seth Rogen.

The character first made his appearance in “Detective Comics #58” in December 1941 — he is one of Batman’s biggest enemies, a Gotham City mobster and crime boss. The Riddler first appeared in “Detective Comics #140” in October 1948 and is a criminal mastermind in Gotham City who likes to incorporate riddles and puzzles into his schemes. He is also one of Batman’s biggest foes.

Reeves and Mattson Tomlin wrote the screenplay, and the film is being produced by Reeves and “Planet of the Apes” collaborator Dylan Clark. Michael E. Uslan is executive producing. It is set to start filming in January in the U.K.