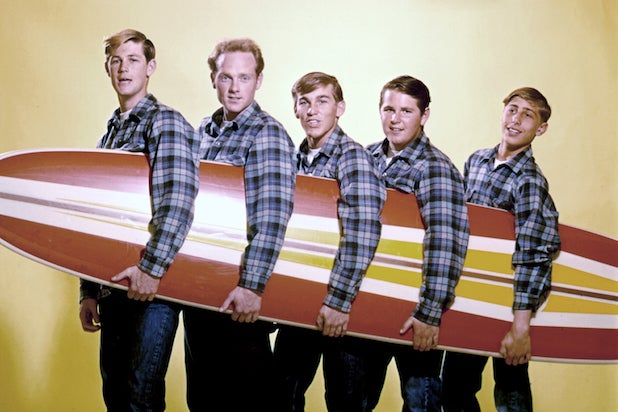 The Beach Boys are feeling some good vibrations Thursday after selling controlling stake of their music catalog to Iconic Artists Group, a new venture led by Irving Azoff.

Iconic Artists has acquired a controlling interest in The Beach Boys’ intellectual property, including their sound recordings, the brand, select musical compositions and memorabilia.  The members of The Beach Boys and their heirs will retain an interest in their assets.

The Beach Boys follow a wave of other classic rockers who have sold stakes of their music catalogs, including Bob Dylan, Neil Young, Stevie Nicks and more contemporary stars such as Calvin Harris and Ryan Tedder of One Republic, to name a few. Artists are responding not just to the pandemic and a loss of touring income but also to a surge in multiples paid for the rights to songs catalogs, with buyers like Hipgnosis Song Fund and Primary Wave recognizing that in the streaming era, there’s not only money being left on the table for many of these songs, catalogs are even a safe investment.

“The Beach Boys and our songs have been one of the great joys of our lives. For more than half a century, we’ve witnessed generations of fans from all corners of the world come together to celebrate our music, dancing and singing along to the songs that we have loved and performed for decades,” Brian Wilson, Mike Love, Al Jardine, and the Carl Wilson estate said in a joint statement. “As we look towards the upcoming 60th anniversary of The Beach Boys, we wanted a partner to help expand opportunities for our brand, while continuing to preserve our tradition as a band whose music transcends the test of time. We are confident that Irving and Iconic are the ideal partners and are confident that The Beach Boys’ ongoing legacy is in the best possible hands. We are very proud of what we have achieved as The Beach Boys and how our songs continue to resonate with our fans.”

“Ever since hearing the opening guitar notes of ‘Wouldn’t It Be Nice’ as a teenager, The Beach Boys have been one of the permanent soundtracks of my musical life. To be entrusted as the custodian of this incredible art and legacy is both humbling and thrilling. I want to thank Brian, Mike, Al, and the Carl Wilson family for their belief in Iconic’s unique mission,” Olivier Chastan, founder and CEO of Iconic Artists Group added.

Iconic Artists Group launched last year and is “dedicated to acquiring, and actively managing a portfolio of select artists’ assets and preserving the important legacy of these music icons.”