Lionsgate has acquired the worldwide rights to “The Blackening,” a horror comedy and satire from director Tim Story (“Ride Along”) and writer Tracy Oliver (“Girls Trip”) that world premiered in the Midnight Madness section at the Toronto International Film Festival.

Lionsgate will give “The Blackening” wide theatrical distribution. A release date has not been set. Lionsgate is handling sales at AFM.

“The Blackening” is based on a sketch from writer and star Dewayne Perkins, who reprises his role in this film and also co-wrote the script with Oliver. The original sketch from 2018 and via Perkins’ Chicago-based comedy troupe 3-PEAT, acknowledged that in horror movies, Black people almost always die first. But what if everyone in the room was Black? 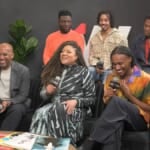 Also Read:
How Tim Story Drew From ‘The Exorcist’ and Other Classic Scary Movies to Direct the Horror-Comedy ‘The Blackening’ (Video)

The film expands on that premise to hilarious effect, and following its TIFF premiere last month, multiple buyers were circling the project before a deal finally closed.

“‘The Blackening’ is a wildly entertaining horror movie that delivers jump-out-of-your-seat scares while also hilariously subverting the genre. Tim Story, Tracy Oliver, and Dewayne Perkins have delivered a movie that works on multiple levels — as huge fans of the genre, they’re able to be true to the conventions while turning them on their heads,” Lionsgate president of acquisitions and co-productions Jason Constantine said. “We’re also thrilled to be reuniting with MRC Film as we bring this movie’s laughs and chills to audiences.”

“From the moment we were first pitched the idea for ‘The Blackening,’ we knew we had to make this film. We were so lucky to work with Tim, Tracy, Dewayne and our incredibly talented ensemble of actors to bring this fun, original movie to life,” said MRC Film co-presidents Brye Adler and Jonathan Golfman.  “We are thrilled to partner once again with our friends at Lionsgate and cannot wait for audiences to experience the ride of this movie in theaters.”

Lionsgate also just this week acquired yet another buzzy TIFF title that premiered in Midnight Madness, the action film “Sisu.”

MRC Film backed “The Blackening” and handled sales on the title along with Dobbins’ Artists First.

The deal was negotiated by Constantine, John Biondo, Grace Duplissea, and Eda Kowan on behalf of Lionsgate. 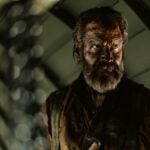